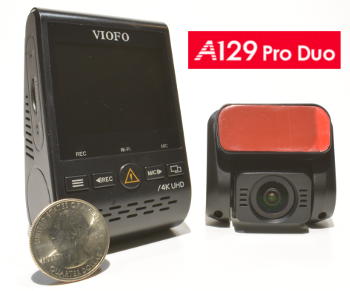 The VIOFO A129 Pro is a HD dual dash camera with 4k UHD or FHD in the front camera and 1080p HD in the back camera. The camera also has built-in WiFi on both 2.4 GHz and 5 GHz bands. Both cameras have quite a large aperture that lets a lot of light into the camera, with the front camera at a F1.8 aperture and the rear camera at a F1.4 aperture. Both cameras also have a somewhat wide viewing angle at 130 degrees in front and 140 degrees in back, which is smaller than some other models but still gets the job done and eliminates the distorted fisheye lens effect, making the overall image quality sharper. What this camera lacks in viewing angle it makes up for in image quality.

This camera specifically is the ‘pro’ version of the A129 Duo. It adds several things to the Duo version of the camera to provide a better experience. The Pro adds the Sony Exmor R front image sensor, which gives four times the detail as the Duo. The 5 GHz WiFi band is much faster at transferring files on the Pro than on the Duo with transfer rates normally being around 10 Megabytes per second. This camera also has the VIOFO companion app in which you can livestream current dashcam footage, download and edit video files, view GPS tracking data and control and modify camera settings. While this camera does not have a cloud feature, the high speed WiFi transfer rate makes it easy to transfer files onto a computer quickly.

The Duo Pro has also improved on the audio and has a Novatek processor. This helps the camera record at higher bitrates than usual for better image quality on videos. The A129 Pro has the most detail, color, depth of field and shading quality compared to previous models and even other 4K cameras out on the market, which is especially helpful when recording faces or license plates. The reduced motion blur also helps make the images more distinct. Even though the image sensor is used on several other cameras, the improved processor really makes a difference. All of these new features do make the A129 Pro use more power than other cameras, but the improvement of image quality and added features make the change worth it.

One benefit to this camera is that it is simply a better version of the A129 Duo model. This means that if you already have the mount and equipment all set up for the old camera, you can simply use the same mount and replace the camera. The GPS signal won’t work like this, but if that’s something that doesn’t matter to you, then this is a convenient little trick to prevent extra work setting things up. The GPS issues might be fixed in a future update, but there are no immediate plans. In addition, the A129 Duo had a remote that captured emergency events. If you have this remote, it should still work with the A129 Pro, which is a nice bonus. If you didn’t have the previous model you can just buy the new remote made specifically for the A129 Pro. VIOFO seems to have kept the original menu formatting for the new camera, making everything easy to find for new and experienced users alike.

The VIOFO brand is known for making smaller, lightweight cameras. When comparing this camera to others in the VIOFO brand it is a bit heavier, but this camera includes a cooling system to prevent overheating, which is usually a big problem, especially in warmer climates. You also don’t have to use the higher processing power and can use a lower bitrate if you want to save space on your SD card. To prevent the subsequent decrease in image quality, the A129 Pro also provides H265 encoding.

Dash camera video quality has improved tremendously over the years. While normal SD cards might suffice for lower quality video, you might want to consider upgrading your SD card, especially if you plan on using the max bitrate for the A129 Pro. SD cards have six classes but the most common class is the U1. If you’re recording at 4K, however, a U3 SD card will help with the larger files. Purchasing an SD card through the VIOFO website is probably the best option. If you’re wondering about what size to buy, a 64 GB card will probably record up to about 2 hours of footage, a 128 GB card will record about 4 hours, and a 256 GB card will record about 8 hours. 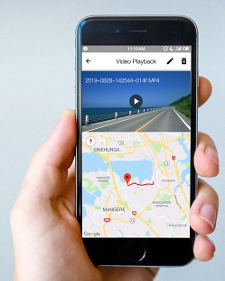 The camera has an optional GPS mount that can record your speed and directional information and stamp it onto the video file so you can see the information when you play back the video. It also keeps the camera’s clock up to date with the GPS time to ensure the timestamp on footage is up to date. If you don’t buy the GPS mount you can still change the time manually using the VIOFO app, but it is admittedly much easier to let the GPS mount do the work for you.

Parking mode is another popular feature found on the A129 Pro. It is pretty straightforward: just leave the camera in parking mode and it will only record when motion is sensed around the vehicle. There are also a few additional options. To save time and space on the SD card but still capture all of the vehicle’s surroundings, the camera can record in time lapse mode and use a low frame rate, just in case you still want the footage. Even though the A129 Pro has the ability to record in a very high bitrate, doing that while the vehicle is parked would make no sense and only take up valuable space and processing power. The addition of a low bitrate recording mode allows for the video to be recorded at a lower bitrate to save storage space and processing power. The camera adjusts the bitrate depending on its surroundings, so if the vehicle is parked in a bright setting with a lot of movement it will use a lot more bitrate than if the vehicle is parked in a location without much movement.

There is the option of buying the VIOFO CPL filter that is supposed to help reduce glare, especially in very bright environments. While the filter is great for daytime filming, the higher image quality means that there are smaller pixels on the screen, which makes night time filming a bit more difficult. While the CPL reduces image problems in the daytime, it might make things worse at night,  the CPL filter is however relatively  easy to snap on and off from the camera.

So how does this camera match up to the competition? VIOFO has definitely stepped up their game when it comes to camera quality, offering the newest image sensors for great footage. They’ve also added a few heavily requested features like the higher bitrate and cooling system. It is a relatively new camera so there might be some issues that haven’t been resolved yet but overall, the system seems to be working smoothly. 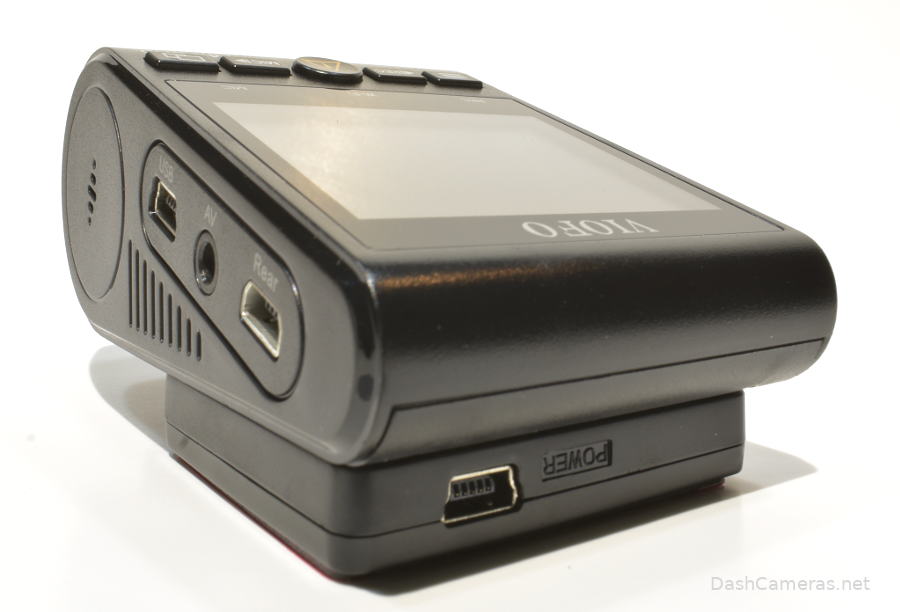 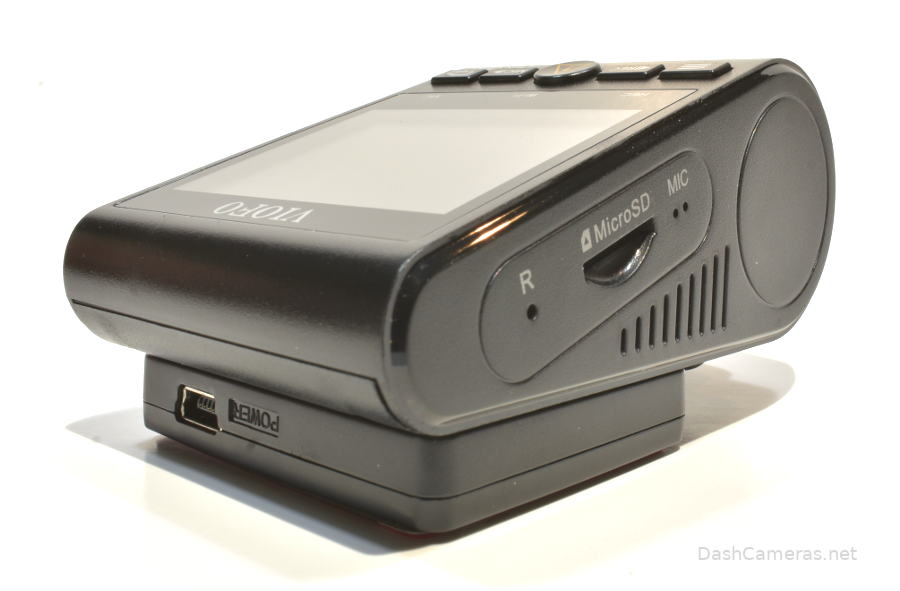 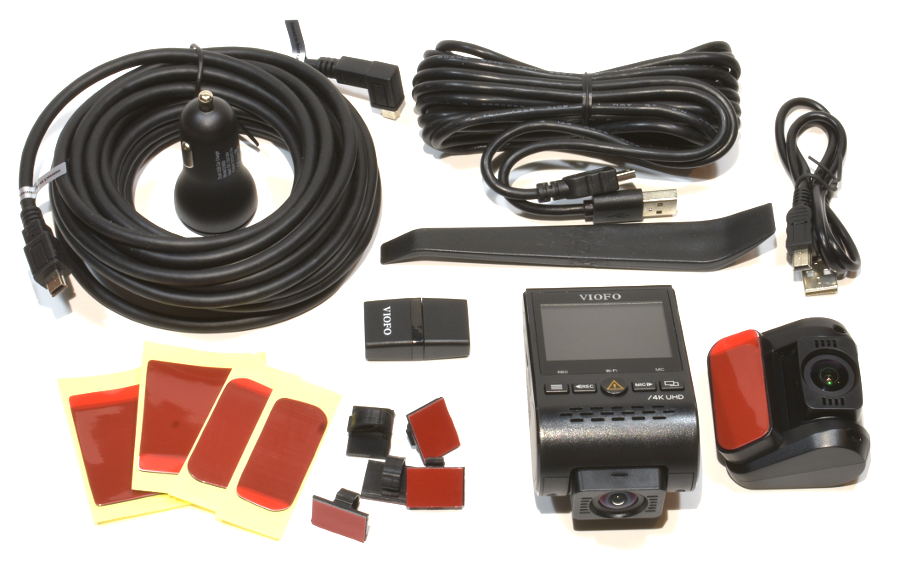