The AUKEY DR01 is a great example of how far dash cameras have come in the low priced, budget level car cameras. It’s super small, records in HD video, and is under $75. While it is missing a lot of features that dash cam enthusiasts have come to know and love, but someone who is solely concerned with getting footage for protection will find this camera sufficient.

The DR01 records in 1080p video at 30fps and even has a 60fps option at 720p, and the option to record in-car audio. It’s equipped with the latest Sony Exmor sensor to capture crisp and detailed video footage, especially when driving at night. This camera also has a 170° field of view to capture the whole road you’re driving on. This wide lens angle will give it a bit of a fisheye look, like you might find on the GoPro action camera. Just like most cameras, the DR101 also has emergency recording and loop recording, which have become staples in any dash camera at any price. There’s an additional $20 GPS unit that monitors the route you take. As a rule of thumb, GPS add-ons are a good idea to get for any camera. They’re usually relatively cheap and give you additional info to use in case of an accident. 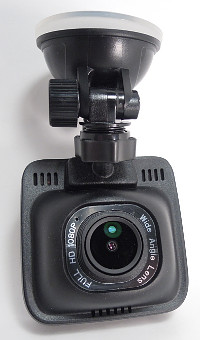 One of the main draws to this camera is its size. Coming in at 2.2 x 2.2 x 1.2 inches (58 x 58x 32mm), this is one of the smallest dash cameras on the market. It’s perfect for people who want something very inconspicuous or just prefer a camera with less features to worry about. There are very few actual buttons on the DR01, allowing for a simple menu with easy controls for a user friendly interface. Another nice little feature is that the cord the camera provides for charging has an additional USB port to charge your phone or other device while using the DR01. It gives you the option to attach the camera with a double-sided sticky pad onto the windshield or use a suction cup for the dashboard, which is especially useful because of the camera’s small size. People with multiple cars can easily move this camera back and forth with little hassle. There also very few problems with the camera overheating or not doing well in extreme temperatures, which can sometimes be an issue with cheaper cameras.

Another great thing going for the DR01 is the video quality. Most cheap cameras don’t have the best video quality. That’s usually something you have to accept with a lower price point, but this camera really breaks the mold. Now that the Sony Exmor sensor has been out for a while, it’s becoming more common to see it in cheaper cameras, which is great for people trying to get the best bang for their buck. The new sensor really helps pick up details you just can’t get in other cheap cameras, even during days without much sun. There’s a world of difference when it comes to night recording. Although it’s not the best footage ever, it can certainly compete with cameras at and even some above its price. Additional audio quality, while not necessary, is also a nice touch.

Now for the drawbacks: there are a considerable amount. Obviously, this camera isn’t for someone who wants all the newest features, but there are some things that dash camera users have recently grown to love that the AUKEY DR01 doesn’t have. The DR01 doesn’t have a parking mode for guarding your car after it is turned off. Some people find this feature really important in their dash camera so this is definitely something to think about before purchasing this or any camera, regardless of the price. 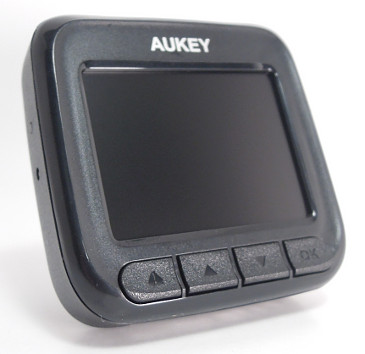 The AUKEY DR01 also doesn’t have a built-in WiFi connection. Some may not care about this feature, especially since cheaper cameras don’t tend to have this feature anyways, but it’s still worth mentioning. There have also been reports of the additional GPS feature taking several minutes to start up, which could potentially hinder its performance for adding a GPS coordinates to the video file.

There are also some smaller issues. One is that the suction cup mount isn’t of the highest quality and doesn’t provide a very secure connection to your windshield. If you frequently drive on uneven or bumpy roads, the camera could fall off in the middle of a drive or provide shaky footage. Thankfully this camera comes with an additional adhesive mounting bracket option, which is always recommended over a suction cup mounted dash cam. There are also no image adjustment options except for the resolution. This might not matter to those who want to use this camera right out of the box because the default image quality is pretty good, but some might want more freedom to customize the image quality as they see fit. The microSD card slot is on top of the camera, making it difficult to insert without moving the camera and slightly moving the angle each time. There also aren’t any firmware updates to the DR01. Again, while this may not be necessary, constant updates are a sign of a responsive company and a constantly improving camera.

The AUKEY DR01 is not the best dashcam out there by any means, in terms of all the potential extra features high end dash camera come with. At the end of the day it comes down to personal preference. If you want a simple camera that’s cheap, small and compact, and easy to set up and forget about, then this camera could be a great option. On the other hand, many people will probably be disappointed that this camera lacks a few key features that many other cameras have. Regardless, the AUKEY DR01 is a great example of how cheap cameras have become extremely competitive in the dash camera market. 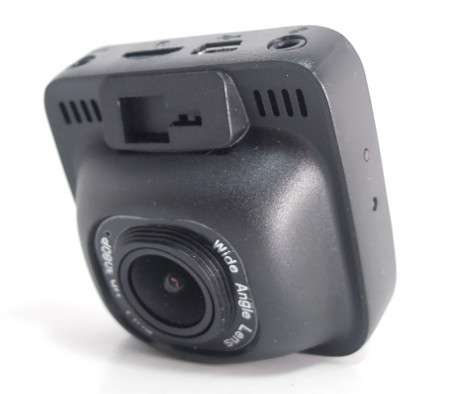 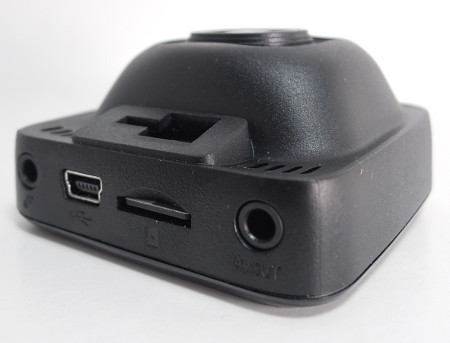 Download the PDF user manual for the Aukey DR01: AUKEY-DR01-Manual.pdf 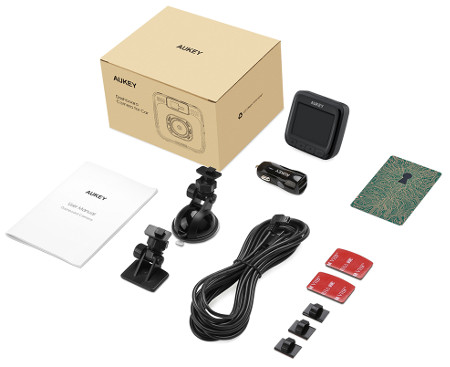