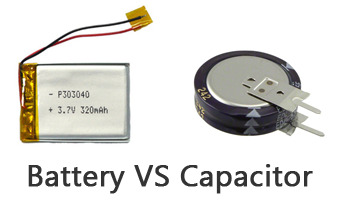 Should you get a dashcam with a battery or with a capacitor?

Almost all car dashboard cameras get their power supply from the vehicle’s ignition through a charging cable. However, they need to have a power backup to save files when there is no power; and for this purpose they either use a battery or a capacitor. Thus, the first thing you should know is that the inbuilt battery or capacitor in a dashcam is meant to save files only in case of power failure or emergency. A battery in a dashcam is not meant to be used to power the device like it would be in a digital camera. Dash cam batteries are small and only meant to keep the dash camera on for a few seconds after you shut your car off and it is saving the video file.

Check out the Best Capacitor based Dash Cams for High Heat

Battery and capacitor both have their own advantages and disadvantages but considering overall performance, capacitor is said to be much better than a battery. As an increasing trend in the dashcam industry, most of the high end cameras today use a capacitor rather than a battery, while the low end, budget dashcams still come with lithium ion batteries. So, what actually is the difference between a battery and a capacitor? Come, let’s have a look.

The Way They Function

Though battery and capacitor both are used to generate electricity, the way they do it differs crucially, and this impacts their suitability for different applications. Battery converts chemical energy into electrical energy by using a positive terminal (cathode), a negative terminal (anode), and an electricity conducting medium (electrolyte). Rechargeable batteries are able to restore the lost charge using external electrical energy.

A capacitor on the other hand uses conductive plates with an insulating barrier (dielectric) in between them. The dielectric stops the electrical current entering the capacitor and this builds up a charge which is stored between the plates. The amount of charge a capacitor can hold depends upon its capacitance or the charge storage capacity. Researchers are constantly looking for ways to increase the energy storage capacity of capacitors.

Reliability of Capacitor vs. that of Battery

Whether your dashcam uses a battery or a capacitor makes a huge impact on its reliability. Batteries are more susceptible to wear and tear due to regular charging and discharging. As a result, they die out soon. Since batteries are a cheaper option, many manufacturers in their bid to bring down the cost often use low quality batteries which bring in further problems like swelling and leakage; this can completely damage your dashcam.

Capacitors are more reliable also due to the fact that they are way more resistant to heat; unlike batteries, they don’t pose the risk of overheating and exploding. So, if you are going to use your dashcam in extreme temperature, always go for one that is capacitor based.

You can also charge a capacitor faster than a battery. The only drawback is that a small capacitor can’t hold a large amount of energy; so you can’t use a capacitor based dashcam to record an incident without connecting it to a power source. However, with attempts to design more powerful capacitors on the way, this drawback should soon go away. 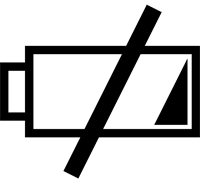 Batteries are cheaper and do not require any costly hardware or expertise to integrate them in to the dashcams. Capacitors on the other hand are more expensive and also require special hardware for integration. This is the main reason why you find batteries in cheap dashboard cameras. Apart from cost, there does not seem to be any solid reason to go for a battery based dashcam. In the future of dash cams, we will most likely see most mid to high end dash cameras using capacitors.

As seen in the video below, people are taking steps to replace failed batteries in their dash cams