We have put together a list of the top rated radar detectors with both radar and laser detection in front and behind your car, for full 360 degree protection. Here is our top 5 list and reviews of the best radar laser detectors on the market. 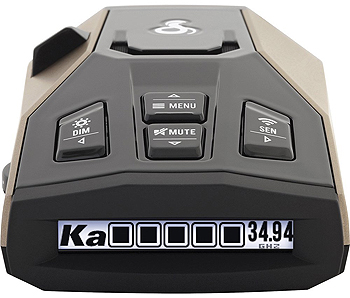 The Cobra Radar is an inexpensive detector that detects other radar and laser signals. It detects x, K and ka rader bands, laser and vg-2 signals. While these sorts of radar detectors have been around for several years already, in recent years false alarms from modern collision detection systems have made radars less useful. This radar has filters to prevent these false alerts.
The range is around .75 – 1 mile, which is pretty good for a budget camera. It has a one year warranty and it announces signals via voice to keep the driver’s eyes on the road and also has a Spanish option. The higher end detectors state the frequency along with the alert and filters the ones only law enforcement use but for the price the RAD450 does well.

Overall this radar detector seems to do a pretty good job. Although some police officers do not use their radars, this will help with the ones that do. Some people that had the older version of this camera say that it is much improved. Even though this is a cheaper radar detector it seems to do its job very well. It’s pretty basic and has no advanced features like a GPS or specific frequency detection but it masters the fundamentals well, just like the pricier radars. The filtering out of false alarms and range are the most important features in a radar detector and the Cobra RAD450 does not disappoint. This radar detector makes it possible to spend less than you normally would for something you can actually trust. 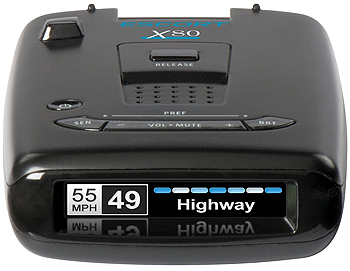 The Escort X80 claims to have an early warning and fast response on all radar bands, including conventional and instant-on X-band, K-band, Super Wide Ka-band and POP mode. It gives voice and visual alerts just like the cheaper radar detectors, but this detector tells you what type of radar band it detects, the strength of the signal, and your vehicle’s speed so the driver can make the best decision.
There’s also an ESCORT Live smartphone app so you can use Bluetooth to sync your radar detector for crowd-sourced alerts and ticket prevention. When other users see police cars or speed traps in a specific location, they can note it on the app to warn other drivers. The app also allows the driver to change the settings on their phone rather than on their the device itself, which may be convenient in some circumstances.

Overall, this has a few more features than the Cobra RAD450 and is a bit pricier. There are a few features the Escort X80 doesn’t have, like an IVT filter, an LED display, and a cordless experience, but it’s pretty good for an average priced radar detector. The range is bit farther on this device than less expensive radar detectors, sometimes going as far as three miles on a relatively flat road. Just like the cheaper detectors, this one is also pretty good at filtering out false alarms from collision detection systems. The Escort X80 is a solid option for a middle of the line radar detector. It doesn’t have a ton of fancy features but it does its job a little bit better than the budget detectors. 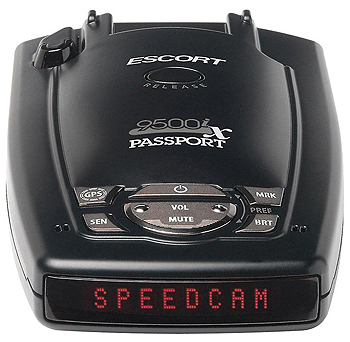 Just like any other product, as you work your way up in price, more features are added and improved. The Escort Passport 9500IX has radar and laser detection, can be controlled and augmented with a mobile app, anti falsing technology, a color LED display, and a defender database.

It also has a GPS autolearn feature. After driving by a spot that emits a K band reading three times, the detector saves that spot and reminds the driver of that spot if they visit again. Many say that it performs better in the city than on the highway but it is still a great all-around radar detector. It is easily set up by plugging it into the cigarette lighter and attaching it to the window with suction cups.

One of the only issues with this camera is its update system. Updates for speeding cameras and red light locations are free for the first 90 days but after that it requires a paid annual subscription. The camera works without this subscription but if the user wants the features that they got when they purchased the camera then they have to pay. The stored info in the user’s radar detector is also sent to Escort to be used in their next updates.

These issues lead to the largest problem with the camera. Although it performs better than cheaper radar detectors, the differences are minimal. If these changes are important than it makes sense to buy the more expensive user, but for the average driver it seems excessively expensive for a small upgrade. 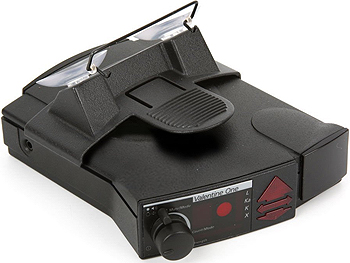 The Valentine One Radar Detector detects X, K, Ka, and Super Wideband Ka bands. It has 360° protection against all types of laser, a rear radar antenna, Ku Band Detection, and arrow directional indicators. The real things that separate this detector from the competition are the range and the directional indicators. Some have reported that this detector has found a radar signal as far as 11 miles away.

The company technically calls this device a radar locator instead of a radar detector because it shows the user if the signal is in front, behind, or to the side of them.

The Escort Max is another camera that is similar to the Valentine in price and quality. While the Escort has downloadable information on traffic speed devices, it’s only available with a subscription service, which costs more on top of the initial purchase. The Valentine has a better range, can detect the source of the signal, and an amazing range. All of these features come with the device. In this situation, the Valentine One wins hands down.

The main performance issue with the Valentine is that it performs better with city driving than it does on the highway. One other thing to look out for is where you buy the camera. As of now, Valentine does not have any authorized dealers. This means that their warranty may not apply if you buy it on a site other than Valentine’s official website. The radar detector comes with a one-year warranty, so make sure to buy it from an official source to take advantage of it. 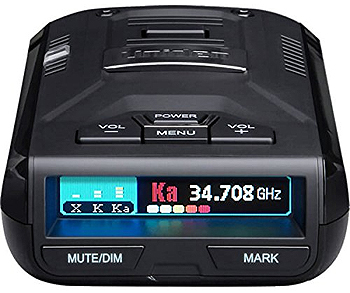 The Uniden R3 Extreme has a 360 degree digital signal processor, a GPS with red light camera alerts, a quiet ride setting with a user set speed auto mute, and K and KA false filter. Although other radar detectors boast large ranges, the Uniden is the most practical in all terrains. It also has several features that make this detector stand out. One of the most unique features it has is the auto mute.

Certain spots in a driver’s route could trigger a radar detector repeatedly and can get annoying, especially if this spot is in the driver’s daily commute. With this feature, the driver can stop these false alarms. This is a tiny feature but is extremely helpful to the average user. The Uniden R3 is the best example of a radar detector that was created with the user in mind. The firmware updates are frequent, good quality, and free. The settings are highly customizable to benefit the user and their individual driving habits. They can mute entire bands to prevent from false alerts or even change the sound of the alert. Each customer has their own favorite part about the Uniden and why it’s better than any other radar detector they’ve ever tried.

Overall, this is one of if not the best radar detector options on the market today. It’s surprisingly not the most expensive detector out there but it provides the best value for the money. Excellent performance, user friendly product design, innovative new features, and great customer support makes the Uniden R3 an amazing choice.