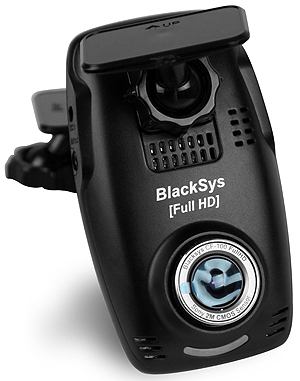 Blacksys CF-100 is a dual channel car dashboard camera brought to you by the Korean manufacturer CammSys Corp. Ever since this cam launched in the market in 2013, this highly cost effective camera has been giving tough competition to some of the highly priced models when it comes to video recording quality. Both the camera units, front and rear, are capable of recording HD videos – the front camera records at a resolution of 1080 pixels at 30 fps while the rear one records at a resolution of 720 pixels at 30 fps. Video playback quality of the front camera is quite impressive and that of the rear one too is decent enough during the day; but at night, the rear camera hardly shows anything except headlights of other vehicles coming behind you.

The rear camera can be mounted anywhere inside the car. However, the best place would be the rear window pane as that would give a clear view of what’s going on behind your vehicle. Avoid mounting it outside the car since it’s not waterproof.

Since this is a capacitor based dash cam, you don’t really need an external power source for the parking mode to function. The camera will be performing its task even after you turn off the engine. Thus the video is still being recorded after you park the car; and when the motion sensor detects any event, the recorded video file is automatically saved in a separate folder so that it’s protected from being overwritten. 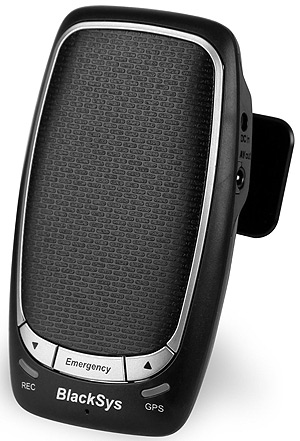 Blacksys CF-100 comes with a PC Viewer Program and is compatible with Windows 10. It includes all the wiring required for the cameras, GPS and cigarette lighter. You also have the option to hardwire the cameras to a 12 volt power source. For recording at night, you should get a DC Fuse Power Cable installed which is available as an optional accessory; this will automatically send the camera into ‘Parking Mode’ as and when you turn off the ignition.

The unit is equipped with Wide Dynamic Range (WDR) technology and low light sensor from Sony. Viewing angle too is wide enough with 130 degrees for the front camera and 120 degrees for the rear. It’s fitted with tri-axial G-Sensor for shock detection which is pretty sensitive. However, on low quality roads, this may often trigger false positive event recording.

This small and sturdy dash cam weighs just 87 grams or 3.1 oz. Operating temperature ranges from minus 20 degrees centigrade to plus 70 degrees centigrade. It supports SDHC MicroSD card of up to 32 GB and a 16 GB card is included with the unit. The package also includes the GPS module which in turn offers some additional features like linking with Google Maps and voice guide. The GPS sometimes may take some time to connect though.

The CF-100 dual channel unit features a built-in mic and speaker. However, there is no display screen. So, you will need an external device to play the recorded videos. Also note that since there is no wireless connectivity, you’ll require a card reader or data cable to connect the unit to a display device. 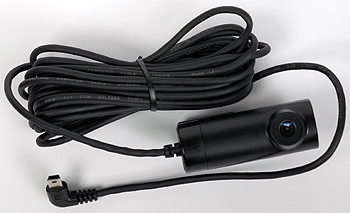 The dashcam software may get buggy over time. For example, one user reported that after 1.5 years of usage, the unit started turning on and off on its own. The workaround in such a situation is to take out the SD card and format it. If it still does not work, then you may have to replace the SD card. Similarly, while updating the dashcam software, make sure that the rear camera too is plugged in, else the rear camera will stop recording and all you’ll find on your SD card would be files from the front camera.

Overall, The Blacksys CF-100 has good video quality on the front cam, but not so much on the rear cam. However, getting a front and rear dual dash cam setup for under $100 is still a pretty good deal. If you want better rear video quality, you can always consider buying 2 dash cam units and using a splitter at the car adapter. A cheap option for this would be to get 2 A118-C Dash Cams for around $140. 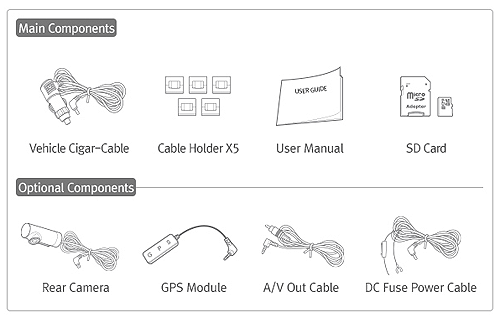