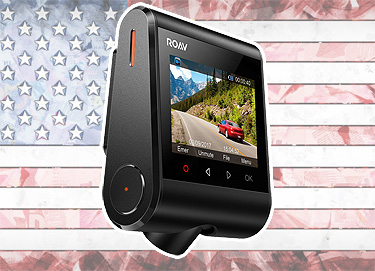 Due to increases in technology over recent years, video content has become gradually more accessible. Now it is possible for someone to record and upload video content for free. In fact, about 300 hours of video are uploaded to YouTube every minute. Technology like this has really changed the way people live their lives. People can connect with their loved ones through live video across continents and students can get free tutoring with online video. Perhaps one of the most important ways video is now used is with dash cameras.

According to dictionary.com, a dash cam is “a video camera attached to the windshield or dashboard of a vehicle, used to record the view outside, or, with a double lens, both outside and inside the vehicle.” Most of the world first found out about dash cams from Russia. Their government and legal system combined with a high traffic fatality rate and insurance scams encouraged many motorists to get a dash cam. In 2007, Russia averaged 25.2 traffic fatalities per 100,000 people, and with dash cams now affordable and accessible, it would make sense that so many people would invest in video evidence.

The most interesting thing to come out of Russian dash cameras was video footage of a meteorite landing that was caught on many drivers dash cams that were driving towards its path when it happened.

This footage likely would not have been captured if dash cams were not so widespread across Russia. After this, mainstream dash camera usage spread to the rest of the world after witnessing this video footage on mainstream media and on social media sites across the internet. The surge in dash cam popularity was also partially due to a steady decline in public trust of police officers, especially in the United States. Multiple cases like the murder of Trayvon Martin and others have increased skepticism and fear of police officers in the US. This combined with a large increase in lawsuits in recent years means one sometimes cannot rely on their own testimony alone. Video evidence eliminates doubt and gives drivers peace of mind when they find themselves in court. 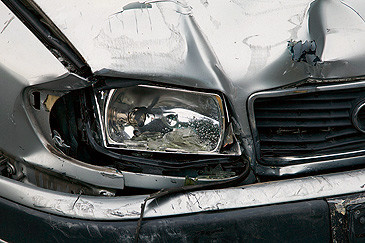 Dash cameras became very popular worldwide, to the point where dash cam sales grew faster than tablets and digital cameras in 2015, with a faster growth rate than any other consumer electronic product. Additionally, many insurers now allow dash cam footage to be used in an insurance claim. Police officers also use dash cameras to record vehicle chases and traffic stops. This new technology can benefit police officers and citizens and encourage civil behavior, much like security cameras can prevent people from shoplifting. Dash cameras can also work as surveillance cameras while a car is parked in a public spot, using parking mode, which is found on many dash cams today. They can also catch crimes not related to driving but that happens near a road, like theft or assault.

Many Types of Dash Cams

There are many different types of dash cams that vary in size, shape, color, and cost. There are front-facing dash cams, also known as one channel cameras. These are usually placed on the front dashboard or the windshield. Two channel cameras have a front and back-facing camera to capture everything happening around the entire vehicle. There are also four-way channel cameras that have one camera on each side of the vehicle, however a 4 camera care setup is rare, as most tend to choose to have just a front and rear camera. Personal daily driver cars usually do not use multi-channel cameras, but they are especially helpful for larger vehicles like large transport trucks who are hauling expensive cargo and work for large companies who want to protect their assets.

One of the major appeals of dash cameras is that they do not need a lot of attention or time to set up. All one has to do is attach the mount to their car windshield or dash, plug in the car power adapter, and insert an SD card into the camera. There are some special features for those that are more interested in getting the full experience, like wide viewing angles, GPS, motion detection, time stamps, gravity sensors, and full HD video.

Free apps like DailyRoads Voyager, CamOnRoad, and AutoGuard Dash Cam allow drivers to record footage using their smartphone while driving. Many of the cameras start as soon as the driver plug your phone into their car. The app will never stop recording video because it will delete old files to replace them with new files, and app users can select which files to keep. Many of these apps provide users with a small amount of cloud space to store their videos or a way for users to export their video files to a computer. These apps can also detect if the car suddenly stops or crashes and notifies the user in case they want to save those videos. Most have some sort of GPS functionality and can show the route the driver was taking. There are also paid versions of some of these apps. They usually range from around $2-$10 and have some premium features, like automatically adding timestamps, current speed, and other features directly onto the video. Premium apps also record in HD video, run in the background so the smartphone can run other programs while recording, and allow for a direct upload to YouTube.

> How to turn your iPhone into a dash cam

> How to turn your Android phone into a dash cam 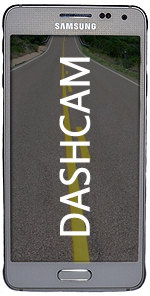 Many people chose not to use their smartphone as a dash camera because of the many issues that go along with it like overheating, potential theft and having to always manual put their phone in a holder and start the dash cam app every time they start to drive. With the prices of HD dash cams becoming so low, most people see the benefit of buying a dedicated dash cam that is mounted full-time on their windshield and starts and stops recording when they turn their car on and off. While these applications have lots of features and have mostly positive reviews, it also takes storage and drains battery from a smartphone. To prevent this, many people buy physical cameras to attach to their car. There are cheaper cameras that cost under $100. These cameras will record and save video, but often the user needs to provide their own SD card for storage and the video and sound quality is much lower than other methods, which might obscure critical information. They also lack many of the features that higher-quality cameras have, like wide-angle lenses and speed monitors. Cameras that cost a bit more have a much better video quality and are often regarded as a better value for the average consumer that wants a camera separate from their smartphone.

Dash cameras are like anything else: there’s a wide variety of quality and prices available. A consumer can download a free mobile app to use their android or iphone as a dash cam or buy a $500 quality dash camera. There are advantages and disadvantages to each method. If you’re on a budget, we have put together a list of the best rated dash cams that sell for less than $100 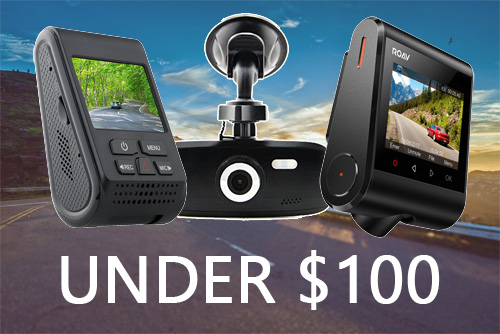 In summary, dash cameras have become an important part of modern driving for many Americans. Technology can sometimes have a negative impact, but the rise of dash camera video increases accountability and a perception of safety among drivers.