Use this external battery pack on any dash camera, not just Blackvue brand dash cams. It will also power/charge many electronics with USB or cigarette adapters like cell phones, digital cameras and tablets.

No need to hard wire your dash camera into your cars battery. With the Magic Battery Pack from the reputable Blackvue dashcam company, you can now power your car camera 24/7. This allows you to have surveillance on your car when you’re not in the drivers seat. Having an external battery that you can plug your dashcam into eliminates the sometimes complicated, time consuming and often costly job of hard wiring your dash cam directly into your car – and also makes it easier to remove your setup and put it into a different car.

Parking security is one of the important features offered by most of the car dashboard cameras in the market. However, since most modern dashcams are capacitor based that get power supply from car ignition, using parking security feature requires that you either hardwire the unit to your vehicle’s battery or provide some other power source for it to function. This is where BlackVue Power Magic Battery Pack comes in. Note, that even dashcams with batteries are not meant to power the dashcam when not plugged in, the built in battery is only made to quickly save the video file when you shut your car off, not to actually power the dashcam for regular operation.

The B-112 Power Magic Battery Pack takes care of the power requirement of your dashcam unit in the parking mode. Since it’s compatible for a voltage range of 12V-24V, you can use it in most of the vehicles to power almost any dashcam. So, it’s not just the BlackVue brand dashcams this battery pack is meant for; it works with any dashboard camera that uses a cigarette adapter. If however, your dashcam uses a USB port to get power, you should first ensure that its voltage and amps requirement is around 12V/1A.

Using BlackVue Power Magic Battery is simple and easy. There is no hardwiring required. All you need to do is plug this external battery into your car’s lighter charger socket. It will charge itself when your car is running. Fully charging this 3000mAH battery unit takes about 1 hour and it gives your dashcam enough energy to function for as long as 12 hours. Since the energy requirement of each dashcam varies, this estimation is based on the power consumption of BlackVue DR650S-1CH dashcam. The BlackVue Power Magic contains Lithium Iron Phosphate (LiFePo4) battery and features LED lights to indicate charging status. Red LED indicates that the unit is charging while Green LED denotes that the unit is fully charged. The Battery meter is shown by white LEDs. Apart from dashcam, you can also use it to charge other electronic accessories like mobile phones, tablets, and hotspot units without putting any additional load on your vehicle’s battery.

The unit has 2 operating modes – Continuous Power Mode and Cigar Power Mode. In the continuous power mode, you connect the unit to the constant power source of your vehicle so that the unit charges itself and also powers the dashcam when the car ignition is on. When the ignition is turned off, the unit will first use the vehicle’s battery until it reaches a preset voltage before starting to provide power from the built-in battery. In the Cigar Power Mode, you need to connect it only and only to the cigar socket of your vehicle. When the car is running, it operates in the same manner as in the continuous power mode but when the engine is turned off, it will power the camera from its built-in battery instead of the vehicle’s battery. If you want to use this unit to power 2 cameras simultaneously, you can make use of a splitter but remember that it will reduce the operation time of the unit. So, if you do not wish to compromise on the operation time, you will have to buy 2 units of Magic Battery Pack.

BlackVue Power Magic Battery Pack B-112 has good number of air vents to prevent the unit from overheating. Battery performance is good and no software is required for its operation.

menu of the app. It however it does not have a GPS. 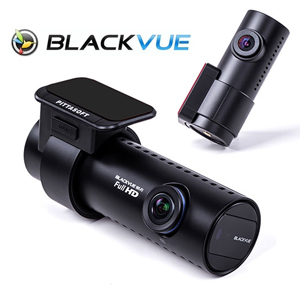