Can you get car insurance discount for having a dash cam? 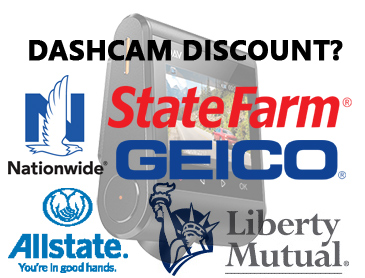 Over in the UK more and more insurance companies are offering a discount to drivers that have a dash camera installed in their car, but what about in the US? Among the major car insurance companies in America: State Farm, GEICO, AllState, Progressive, USAA, Liberty Mutual, Farmers, American Family, Travelers and Nationwide, how do they handle dash cams in relation to claims and discounts?

Currently, there are no auto insurance companies in the US that give drivers a discount for installing a dashcam in their vehicle. However, nearly all of them will take your dash cam video footage and use it in determining who was at fault in an accident claim and potentially help expedite your claim. Many of us have heard of people fighting a claim with their insurer because the other driver tells a different story to what actually happened on the road. There are even cases of ‘flash-for-cash’ scams where a driver will flash their lights at a someone trying to get out of a parking lot to courteously lead them onto the main road. This act of goodwill is not carried out: the driver that allowed the other to pass will crash into the other driver on purpose, automatically placing the blame on the other driver due to road rules. While this is a rare occurrence, it is still something that could happen. False insurance claims are a huge problem in the US, and you don’t want to find yourself on the losing end. If a claim is filed where both drivers state that they are innocent, then sometimes each driver will have to pay for their own expenses. A dash cam can protect you from this. A front-facing dash camera is a step in the right direction, but keep in mind that it can only cover so much area. Although it is more expensive, consider buying a front and rear camera, giving you full protection around your car. Although the initial investment cost is higher, it could save you thousands of dollars in court costs and insurance rates. Keeping your no claims discount and a stable premium are great reasons to record while driving.

In some cases, driving with a dash camera may lower insurance rates in different ways than you’d expect. Although there is an initial investment for the camera, humans naturally do things better when they know they are being watched. In this case, people are more likely to drive safer if there is a camera recording their every move. People that are willing to record their footage may also be seen as less risky by insurance companies, but only high-quality cameras are accepted as of now. There is a large variance of video quality between dash cameras right now so it is important to get one of a decent quality if it is for insurance purposes. Dash cameras can also sometimes detect a collision while the car is stationary. If the car is affected while parked and the other driver doesn’t leave any information, sometimes a dash camera can help track the person down.

In the coming years, we should start to see US auto insurance companies start to provide auto discounts for dash cam owners like they do in countries like Thailand, South Korea, Russia and throughout the UK. Some dash cameras sold in England come with a free online subscription service called Police Witness, which allows drivers to send footage of dangerous driving behavior or accidents to local authorities. While this may not directly lower your rates, it will still contribute to safer roads and driving experience. 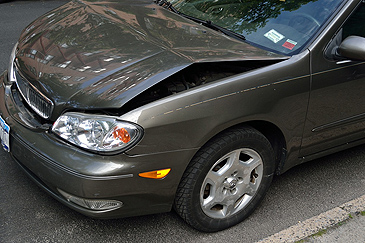 Dash camera footage could decrease waiting time for claims to be processed, fees could be reduced, and we could even see cars with dash cameras built into them, like a black box in an airplane. These cars could be recognized in insurance premiums, like snow tires and hybrid vehicles. Black box technology is already used in some insurance plans and has helped good drivers lower their rates. They can track the force with which brakes are applied, how someone turns around corners, current speed compared to speed limits, what time the car is being driven, and how far the car goes. Dash cameras could monitor all of these things, but they can also monitor how people interact with traffic. For example, video can record how often a driver changes lanes, how often they speed through red lights and other determinants of immature or reckless driving. Young drivers are often inexperienced and sometimes more emotional behind the wheel, so insurance premiums are often very high for drivers aged 16-22. The new black box technology has helped careful young drivers save money by demonstrating good driving practices. It would make sense for dash cameras to replace these black box devices because they provide even more information for the insurance companies, which in turn could potentially result in more discounts for the consumer.

If you find yourself in an accident, be sure to use your dash cams “lock” video feature, which can usually be done with one button on the camera, to prevent the video file of the accident from being recorded over. If your car needs to be towed away from the scene, remove your dash camera or the memory card before your car is towed off, so you can have this video file to use in your insurance claim.

Here are some other basic steps to take after an accident, as shown in this video from GEICO: