Review of DashCam Pro As Seen On TV 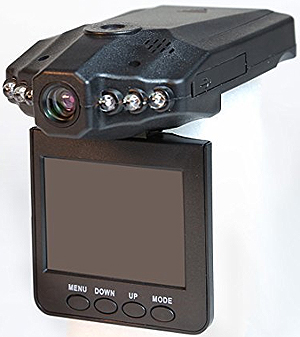 DashCam Pro is the most aggressively marketed dash camera in the US, featuring TV infomercials and an aggressive online marketing campaign. It comes with one of the lowest price tags for a dashcam, but is it worth it? It claims to be a full HD car dashboard video camera with 120 degrees wide angle view. It supports SD and MMC memory cards of up to 32 GB capacity, however you need to buy the memory card separately; it’s not included in the package. With capability to adjust itself to varying lighting conditions, the camera can be pivot mounted on your vehicle’s windshield with the included suction cup mount. It has got a builtin microphone to record audio along with the video clips and includes image stabilization technology. The cam also has infrared LED lights that enable it to record videos during nighttime and in low light conditions.

DashCam Pro comes into action as soon as you start the ignition of your vehicle, by powering on through your car cigarette lighter slot. It can also be set to detect abnormal motion when your vehicle is parked, and start recording the incident on its own. Recordings are stamped with date and time to further enhance their usability.
Now for a dashcam priced merely around $40, that’s a great set of features, isn’t it? But hold on before you shell out the money from your pocket. Do the features work as intended? Is it as good as you see it in the TV commercials? Well, unfortunately not! We discuss below the various issues encountered while using this dashboard camera, and leave the final decision to you.

Alternatives to the Dash Cam Pro?

Check out our list of the Best Dash Cams priced under $100:

DashCam Pro supports endless loop recording which means that when the memory card in the camera runs out of space, it automatically begins rewriting on the old files so that you don’t miss any incident from being recorded. It is supposed to be an automatic process that should happen on its own. This is among the basic features of car security cameras and you’ll hardly find any dash cam failing on this front. But surprisingly enough, loop recording in DashCam Pro turns out to be a complete disaster. Though it records videos in loops, once the storage space on the memory card gets exhausted, the relooping feature often fails. Instead of relooping, the unit shuts down. You’ll then have to take out the SD/MMC card, erase the files to create free space with the help of some external device like PC, laptop, etc. and then place it back into the cam.

Again, the card slot looks so weak that if you remove and replace the card too often, you run the risk of breaking it if you do not exercise enough caution. Sometimes, the device will show you ‘no media’ error even when you have the memory card inserted. In such case, you’ll have to take out the battery and remove the card, and then place back both of them before you switch on the unit.

The parking security feature proves to be futile due to poor battery life. Make sure to fully charge the battery using the power adapter supplied with the camera unit. But even after doing so, the battery doesn’t last long; it dies out few minutes after you turn off the ignition of your vehicle. So, don’t expect this dash cam to offer any security during parking, especially when you are parking the vehicle for more than 10-20 minutes. 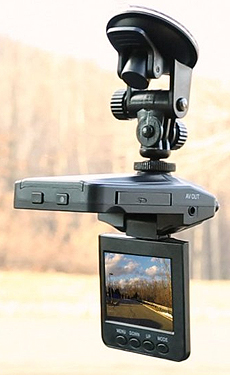 The quality of the video recording is OK during daytime but the nighttime recordings are totally disappointing. That’s because the inbuilt infrared lights fail to turn on. So, you are left to rely upon random street lights and your vehicle’s headlights, giving you poorly lit videos that can hardly be used as evidence in case of an accident. Audio recording is weak; you’ll just be able to understand the sound if you set the quality to maximum. When you drive with the screen down position, the unit vibrates and makes a rattling noise which further worsens the audio quality. You can’t turn off the mic either, which is again a huge drawback. Apart from audio-video, DashCam Pro can also take photos but the picture quality is not up to the mark.

Instruction manual is confusing, inaccurate and difficult to understand; looks as though it is directly converted from Chinese to English. Even the menus given in the booklet do not match with those on the camera system. Your next resort, namely customer support, too is pathetic with their typical broken English and lack of proper knowledge about the product.

The unit comes with a window mount which is not that strong. The screen is too small and the capture angle is too narrow to even capture the stop lights. The changes you make in the settings do not stay locked in and the unit automatically goes back to default settings. Worst of all, the camera unit randomly shuts down or throws in one or the other error (screen going blank, ‘no disk’ message, etc.). Some users even reported that the unit stopped working when they needed it the most – i.e. during crash.

All these glitches make DashCam Pro an extremely unreliable security camera for your car that you’d want to avoid despite its cheap pricing and attractive TV ads. Also be advised that there is no warranty included with this dash cam.