Overview of the Uber Dash Cam from Garmin, known as the Tandem. Garmin is best known in the tech world for their industry-leading GPS tracking and map technology, so this was already a company we had all grown to trust. We were all excited when Garmin announced the release of their first dashcam, and even more thrilled when we discovered just how great a device it turned out to be.

The Garmin Dash Cam Tandem is a pocket-sized, single unit dash cam with a lens on the front and another on the back. It has built-in GPS and uses voice commands—or commands routed through your smartphone—instead of a built-in screen. 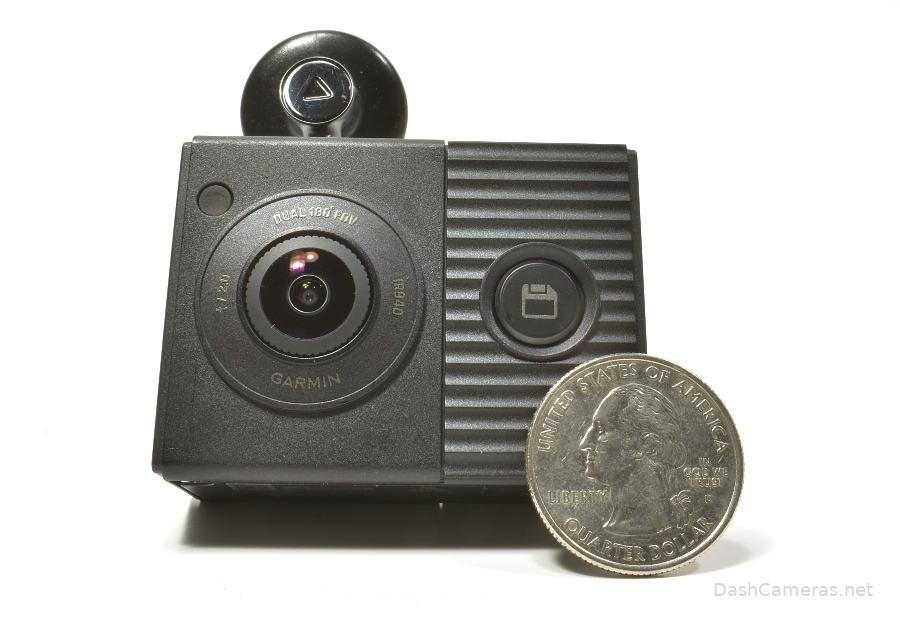 The lenses offer a 180-degree view both inside and outside the vehicle. Despite the shape of the lens, there is not a noticeable fish-eye effect. There is no rear monitoring with this set-up. However, if you need or want 360-degree monitoring of the exterior of your vehicle, you can purchase and connect up to four units and use Garmin’s Dash Cam Auto Sync. This will, of course, also afford you better video for the back area of the car. 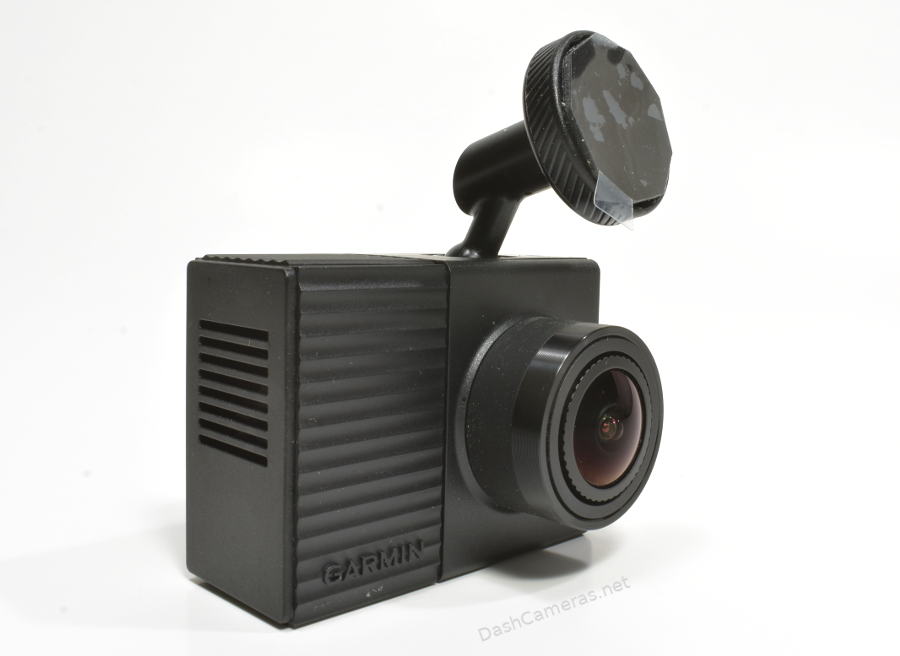 By default, the device uses a sensor to detect when an incidence occurs. It will then automatically save the minute before the incident, the minute of the incident, and one minute after the incident has occurred for a total of three minutes. That video is stamped with the time, date, and exact location of the event and can be transferred to your smartphone or computer. Thanks to its built-in Garmin quality GPS, you can be sure of its accuracy.

This camera come with a parking surveillance mode, which means it will come on and record the moment it detects any motion or disturbance outside your vehicle. Just as importantly, however, it does not automatically shut off just because you turn off your car. As a result, you can leave it running with the knowledge that anything and everything that happens while you are away will be recorded—including any activity in the back of your car. Sensitivity cannot be changed for the surveillance mode setting.

Those of us who drive a truck might wonder about the problems that might cause with the quality of the video/audio. Fortunately, vibrations will not cause video distortions with this dashcam, nor will engine noise interfere with the audio recording.

Because this dashcam does not have a built-in screen, you must have a smart phone in order to operate it and retrieve saved files. You will also need to keep in mind that many phones can only connect to one item over Bluetooth at a time, so if it pairs with your radio first, it cannot be paired with your dashcam and may even need to be restarted. Fortunately, it does not have to be connected to your phone for the voice commands to work. 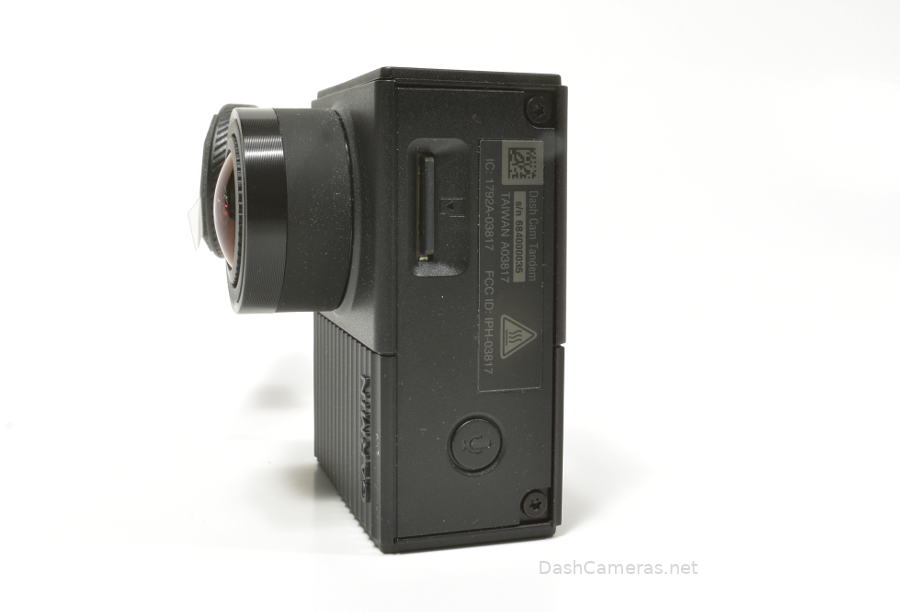 Normally, heat is the greatest enemy of a dash cam, however, the Garmin Tandem can operate in up to 176F, so it is safe to leave it installed and running under all but the worst summer conditions. This is possible because the Tandem dash cam uses a built-in capacitor rather than a battery which are prone to overheating and wearing out over time. One would still want to avoid leaving it in the car in the middle of Death Valley, but most users will not encounter any issues from the heat or the cold.

One thing to remember when using this dashcam is that it will not start recording audio unless you give it the voice command to start. The upside to this is that it will save that setting and continue to record audio until you tell it to stop. There is a small LED light on the front that indicates when audio recording is enabled. Keep in mind that unless you have enabled audio, you will not capture audio even in the event of an incident or if the camera detects movement.

On most sales the Tandem will come with a 16GB SD card in the box, so you can technically start using it immediately. That card can hold recordings up to 40-65 minutes long before rewriting. However, the camera is compatible with cards up to 512GB, and it is highly recommended that you upgrade to that size as soon as possible. A 512GB card can hold up to 33.8-36.2 hours of video and audio recording. You could potentially have longer recording times by shutting off the audio portion of the recording, although for most users that will be the most important aspect of the device. Read more: How much video time you can record on Garmin Dash Cam

Updates are free and are handled exclusively through your smartphone. They transfer to the dash cam over the air via your Bluetooth connection. 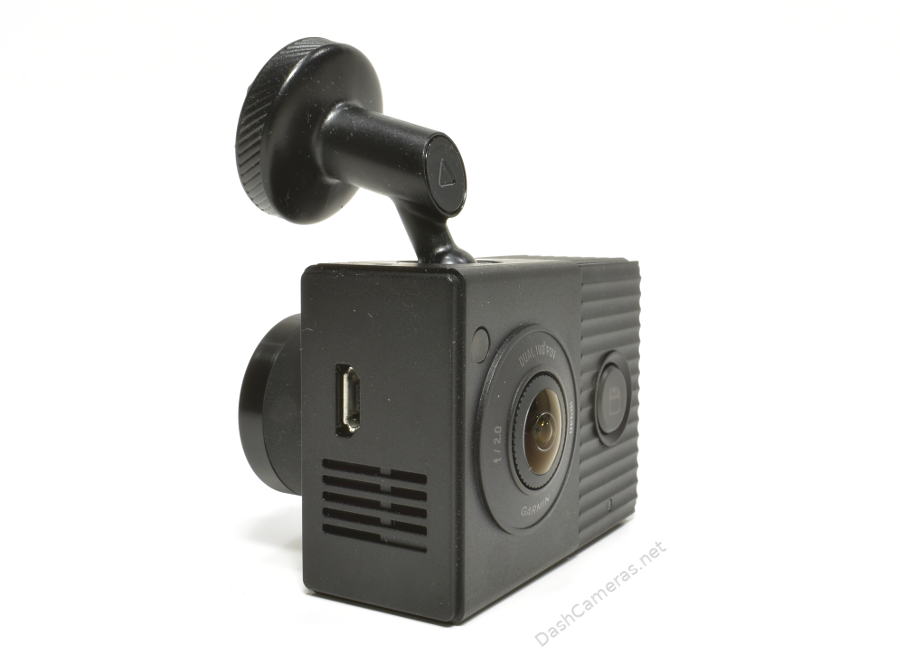 What Garmin Tandem accessories are included? 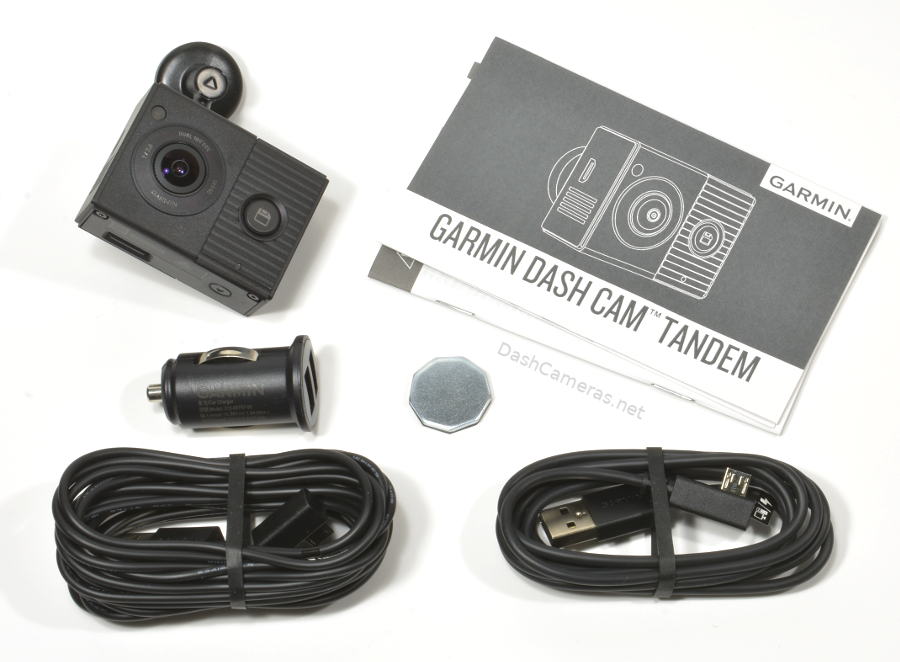