Currently, most dash cams that have a built in visual GPS navigation systems are geared towards truckers, or long haul semi or delivery drivers. Most GPS/DashCam combination devices tend to be larger in size than a standalone dash cam used in cars. The GPS systems also have more features for truckers, like where weigh scales are and what roads are legal for large trucks to travel on. That doesn’t mean that these all in one GPS + dash cam systems can’t be used for the average car on city streets.

Below is are our top picks for the best dash cams with GPS, both for navigation and for GPS as a tool to assist the various functions of the dash cam itself. For both truckers and cars. 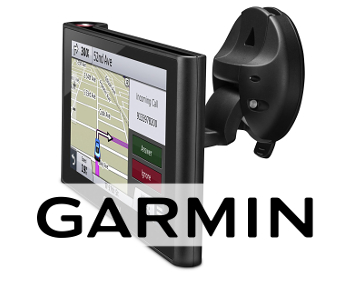 Garmin is one of the best known GPS related companies, with a wide array of products for navigation, including both handheld and car based units. With the popularity of car cameras, Garmin has paired their car GPS devices with an internal dash cam to record the road ahead.

The Garmin Dezlcam looks like a common standalone car GPS unit, but slightly bigger with its 6″ color touch screen display. It has all the standard GPS type features you would expect from Garmin, like full city maps, points of interest and rest stops, and voice controlled navigation.

With the dash cam, it can use the GPS to determine your speed as well as location of the vehicle and overlay the coordinates directly on to the video.

The Dezlcam has built-in WiFi, allowing you to connect directly to the GPS/Dashcam unit with the Garmin APP and watch dash cam videos on your smart phone.

With a built-in G-sensor, it will automatically save video files in the event of an accident. You also have the ability with the touch of a bottom to save a video if you see something interesting along the road.

If having a wireless backup camera is something you would like to get in the future, the Dezlcam is compatible for this addon. 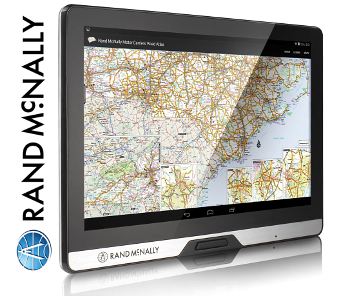 The Tablet 70 from Rand McNally calls itself a tablet, with a 7″ IPS LCD touch screen. With its magnet mount, you can quickly remove the Tablet 70 from the mount and hold it in your hands like a regular tablet computer or ipad all without having to unplug any cords. The TABLET 70 comes with 16GB of internal memory and 1GB of ram memory.

On the backside of the tablet is a 5MP camera (dash cam), which is facing out on to the road while it is in the mount and you’re driving, and a 0.3MP (selfie cam) on the main screen side of the tablet.

With built in bluetooth and WiFi, you are able to connect your smartphone directly into the Tablet 70 and watch saved dash cam videos on your phone or share them on social media or Youtube.

There is also an extra plugin port for video-in, which can be used to add a back up camera or blind spot detection.

More things to consider when buying a navigation system with built-in dash camera.

There are two types of GPS when talking about dash cams. One main GPS feature is to provide basic data about the location of your car and speed, while another is to provide on-screen navigation assistance.

A GPS feature on a dash cam is sometimes built-in to the camera, part of an addon module or not even an option at all.

We recommend getting a dash cam with built-in GPS rather than an addon GPS, as the addon modules can be expensive and take up more space on your cars windshield, potential limiting your visibility and making your car a higher target for theft.

The GPS function on a dash camera can serve a variety of different uses.

Using GPS, the dash cam can determine with great accuracy the speed at which your vehicle is traveling. The MPH reading can be displayed live on the dash cam screen or can be watermarked onto the video file to show your speed. People often wonder if you can fight a speeding ticket with dash cam footage that has your speed over-layed onto the video that clearly shows you were going 40 MPH instead of 50 MPH. We are not aware of someone using the speed watermark on a video to successfully fight a speeding ticket. Most traffic courts will no accept the dash cam video as proof because the camera is not an officially sanctioned device that has oversight and calibration to ensure its accuracy.

Along with documenting your speed, GPS can also document your location and speed, which can be used to watermark coordinates in real time on to the video file, or can be used to send back your cars location to your smartphone APP if it is stolen.

Geofencing is a feature offered on some dash cam apps. It allows you to set a geographical boundary using the GPS of the dash cam, which can then be used to notify you when the car goes in or out of this set area on a map. This might be good for parents wanting to keep an eye on their kids, or employees who want to track a fleet of deliver trucks.

One thing to keep in mind with GPS navigation systems that also offer a built in dash cam, is that their dash cams are typically not as good as a stand alone dash cam unit.

The main GPS systems with a dash camera unit are typically going to be made specifically for truckers, and because of that they will be larger in size, often the size and shape as a small tablet computer. Take a look our page on the Best Dash Cam for Truck Driver if you want to find a trucking dash cam.

If you’re looking for a smaller unit, checkout our page on the best front and rear dual dash cams