Insurance scam videos caught on car dash cameras. Here is our pick for the best “Crash For Cash” auto insurance or life insurance scammers who were caught on dash cam video, preventing any kind of payout at the drivers expense.

A car aggressively swerves back and forth in front of car, getting it to rear end it. When the car pulls over 5 guys jump out to intimidate the driver in a show of force. Having 5 witnesses against the one driver would not have been good, but the dash cam video is stronger than any number of fake witnesses. 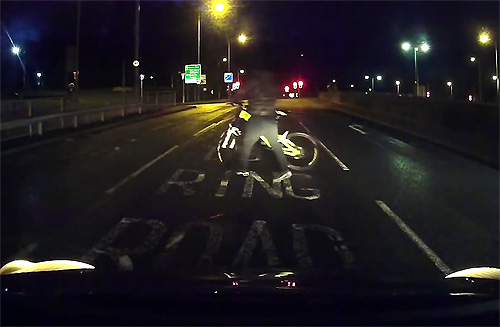 Excuse me, we got a dash cam, you might want to get going – the words a UK driver told a cyclist after an attempted insurance scam. A man is seen walking his bike in the middle of a road after dark. The moment the driver sees the guy, he comes to a stop about 20 feet in front of him, yet the guy with the falls to the ground as though he was hit by the car. Once the biker realizes he is on camera, he taunts the driver and walks off.

#8 Swerve in front and brake at high speed 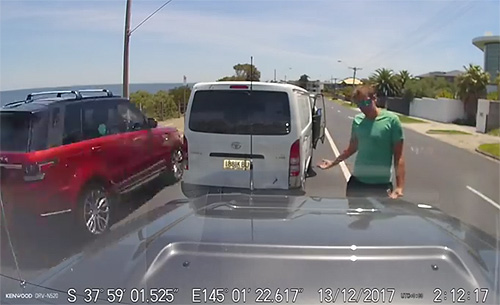 A semi truck driver in Victoria Australia is seen driving down the road when a white van swerves over into his lane and slams on the brakes. With no space to completely stop, the truck slams into the back of the white van. The driver of the van claims that it is the semi drivers fault, but after he founds out about the dash cam, he changes his story and said he was avoiding a dog in the road. Once the truck driver begins to call the police, the van driver gets in his van and drives off.

#7 Sprint towards the finish line of life insurance scam

Guy runs towards a stopped car and dives on to the hood of the car. After a few moments of heavy breathing, the person rolls of the car and into the road. The driver gets out and confronts them and points to his car camera. The scammer slowly walks off in defeat.

#6 Standing till I fall 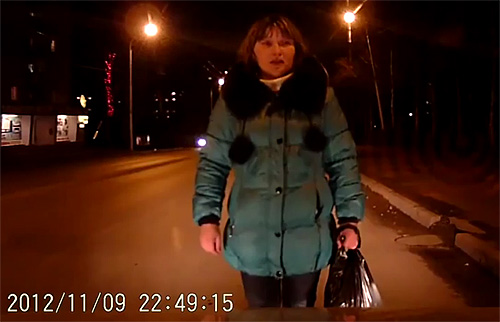 The video starts with a lady standing in front of a car, refusing to move as if she i claiming she has already been hit by the car and wants to engage with the driver. After the driver does not get out and talk with her, she lays down in the middle of the road for a reaction. The driver ignores her and drives off. 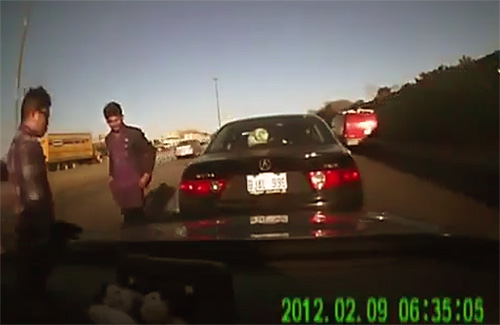 A guy in Toronto Canada is driving at a slow speed down the highway when a man in front of him slows to a stop and throws it in reverse. He then backs into the dash camera drivers car and hits it. He then proceeds to use extortion and say he will call the cops if the dash cam driver does not pay $500. Only after he knows he has been recorded on dash cam video d0 things change. 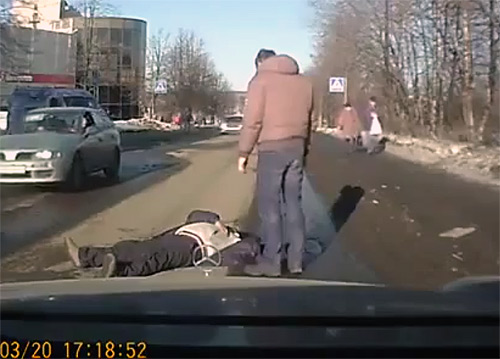 This pedestrian puts almost no effort into acting like he has been hit by the car. A guy casually walking in the middle of the road with his back facing traffic, hears a car horn and raises his arm up then falls down to the ground and acts like he’s knocked out. The driver gets out and presumably tells him he is on camera and has him get up and off the road. 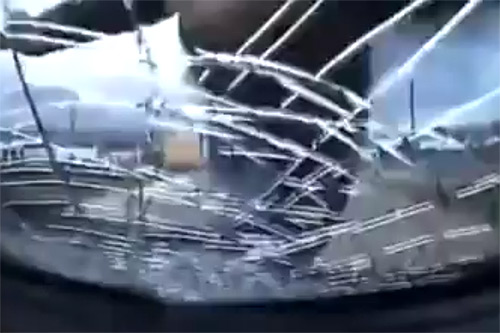 Life insurance scammer goes all in by running towards a speeding car before it has even fully slowed down. A pedestrian is seen straight up body checking a car at high speed, causing the windshield to spider web from the impact. Unlike some of the other failed scams, this guy is likely injured from the crash, although the dash cam video will prevent him from getting the cash compensation he was after.

#2 Head banging to the bank 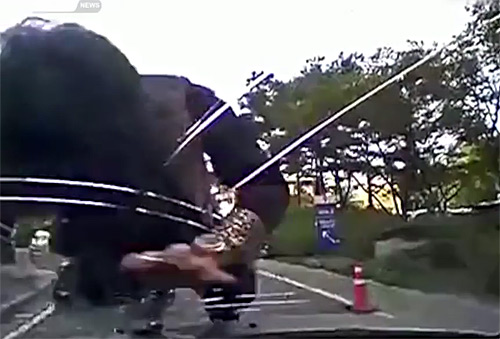 A Chinese scam artist is seen running and diving on to a stopped car. After landing on the hood, the scammer doesn’t hit as hard as he had liked so he begins to bang his head on to the windshield until it cracks. 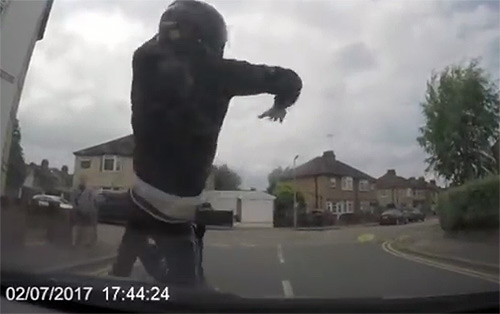 A car is seen slowly driving down a residential street when a guy rolls his motorized scooter out onto the road and stops. He then begins to pull the scooter backwards towards the stopped car and hits the bumper. Almost humorously the guy pauses and then jumps backwards on to the hood of the car in dramatic fashion. The lady driving the car is seen getting out and telling the guy she has a dash cam, which causes the guy with the scooter to get up, grab his scooter and run off down the road.