The Nextbase 522GW is a modular dash camera that is one main front camera unit that has the ability to morph into a rideshare/taxi dash cam by plugging in an interior facing camera to the side of the 522GW. It also as the ability to connect a rear facing camera to cover the back view of your car. It records in 1440p HD at 30 fps and has a 140 degree viewing angle. This camera has a 3” touch enabled display screen, a built-in WiFi connection and a companion app. Instead of needing an additional GPS antenna like usual, this camera has one built into it. It also has a lot of new features that are exclusive to Nextbase cameras. For example, it has an Emergency SOS feature to alert authorities if the driver becomes unresponsive due to an accident. The phone will send a GPS location to emergency services through bluetooth. While this phone has the Emergency SOS feature, you need a subscription to use it. You get a 1 year subscription to the companion app through the purchase of a new camera, but you need to pay for each year after that. The GPS itself is called a 10x GPS, which means that it refreshes at 10HZ, which results in accurate and smooth data. It also has a hotstart feature that saves maps that it’s already loaded for up to two hours, which saves loading time if you’re only out for a short time. 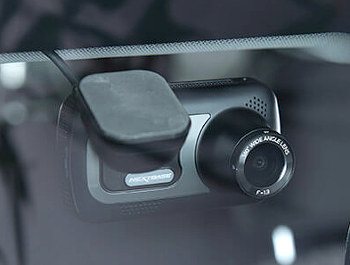 This camera also uses bluetooth auto sync to automatically connect your phone to the car when you’re close by. The camera makes two versions of each clip: a low quality one to view straight away and a high quality one to download and view using the built in WiFi connection. It also comes with an interesting mount to make a truly wireless camera. The Click&Go PRO mount has magnets on it so you can just attach the camera to the magnets without using adhesive. This makes the camera a lot more secure and isn’t as likely to fall off as much as a suction cup mount, which can be finicky in higher temperatures. The power cord attaches to the mount instead of the camera which makes it easier to set up in an inconspicuous manner. The mount itself attaches with adhesive or a suction cup, whichever works better for you.

One thing that is exclusive to the 522GW in particular is a free polarizing lens that comes with the camera to remove windshield glare that ruins video quality. The lens is rotatable, so you can move it around based on the angle. This lens is a separate purchase with any of the older cameras so it is nice to see it come for free on the new model. If you do have any of the other models, however, this lens still works on them. The newer Nextbase models also have a touchscreen instead of physical buttons, which allows for the menu options to be larger and for you to edit videos directly on the camera before sharing them.

The WiFi hotspot and companion app are pretty standard. The app does have a live view that can help you position your camera correctly to get the best angle, but that’s pretty much it. The best thing that the WiFi hotspot does is connect to Alexa, Amazon’s virtual assistant. This feature was initially introduced in the previous model but it has since been refined with the 522GW. This feature can be used even if you don’t have Amazon Prime. This feature is great for doing smartphone related tasks while driving. You can play music, make phone calls, get directions, check the weather, and control smart home devices hands-free. All you need is to install the Alexa app on your mobile device. Overall, this system seems to work well, but there have been some issues reported about connecting to the camera’s Alexa, especially with connecting with Spotify.

While the initial Alexa compatibility launch was impressive, ultimately you could do the same thing on your smartphone as you could with the camera, and since you need the Alexa app anyway it was somewhat pointless. The recent launch of Alexa Skills made Alexa respond to commands specific to the dash camera. Now you can use Alexa to start/stop recording, protect a file, and modify other camera settings without touching the camera itself. This feature definitely makes the camera unique and convenient. 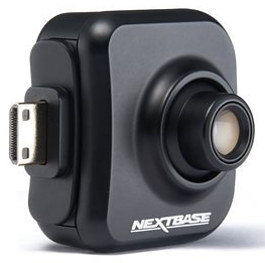 It’s important to note that this camera has two options for addon cameras, but these are additional accessories that you have to purchase separately.

There is an interior facing camera and a rear camera for the back window. The interior facing camera itself is compatible with a few generations prior as well (compatible with 322GW, 422GW, and 522GW models) so if you don’t feel like upgrading yet you can still purchase the rear camera. Instead of a normal rear facing camera that you attach to the back of your car, the Uber or rideshare camera attaches to the side of the main front facing camera, making it modular, to provide an internal view while the camera is in the car so you end up using less wires to connect the system. This is perfect for drivers who do a lot of ridesharing on APPS like Lyft and Uber so you can supervise who is in the car with you. Just like with the rear camera, this camera also plugs into the front facing camera so you don’t have to use any wires to set it up. Unfortunately the Nextbase camera only has one USB slot so you can’t use the cabin camera and rear view camera simultaneously, so if you want to use the cabin and rear camera you need the wired rear camera to plug into a different spot. 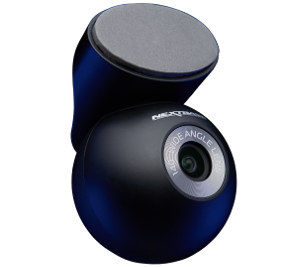 This is more of a traditional rear camera that is part of a typical dual dash camera. If you want the traditional dual dash camera experience with the Nextbase 522GW, then this would be the camera to go for. It’s similar to other rearview cameras in that it has a 140 degree lens to capture to road behind you as well as the surrounding lanes. It has a unique tennis ball shape so it’s fairly large for a rear camera but it still fits neatly on the corner or center of your back window.

Summary of the 522GW from Nextbase

Overall, this camera is a solid mid-tier camera. The video quality is excellent and it’s surprising to see a middle of the road camera that has so many innovative features like Alexa and so many add-ons. That said, there have been many issues with the new features. Many have reported that the new features haven’t worked well, especially when adding another video feed by way of a second camera. Some have had the camera freeze, crash, or stop recording when having an additional camera attached to it. Either way, there have been consistent reports of good video quality so it does what it’s supposed to do. If you’re looking for a camera that is a little bit better quality than average and has a few new features to play around with, then the Nextbase 522GW is a pretty good fit.

What 522GW accessories are included? 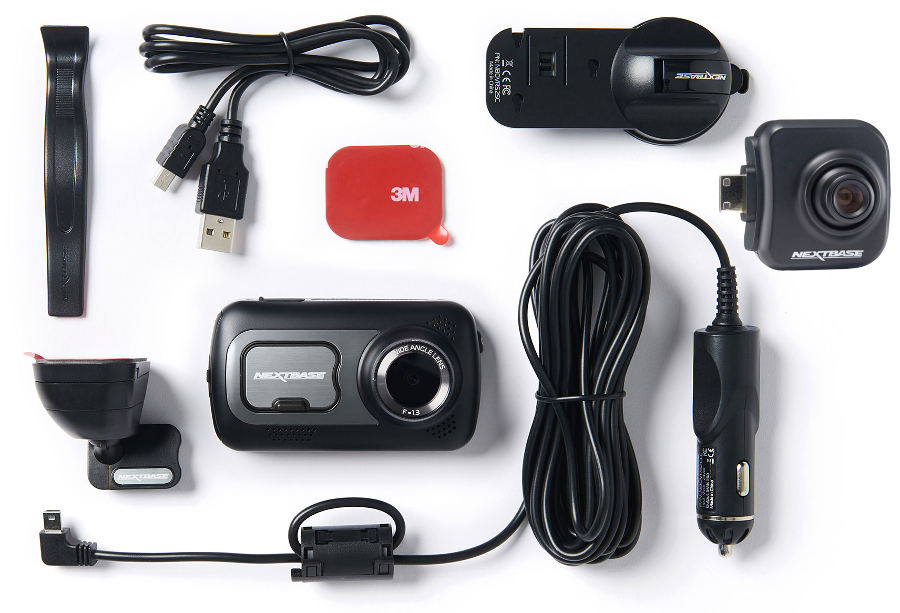