It looks like Owl Car Cam is no more, leaving many wondering what happened to this dash cam project. From their official website:

Owlcam assets were recently acquired by Xirgo Technologies, a leading provider of industrial IoT technologies to fleets and enterprise partners.

Support for consumer Owlcam subscribers and new Owlcam purchases is temporarily suspended while the next steps are being determined.

We appreciate your patience and support during this period.
Please stay tuned to this page for further updates.

PCWorld has a good article about the closure of Owl Cam, with more details:

The more we pulled at Owl Cameras’ strings, the more it became clear that the company was either on life support or completely dead. We reached out to Owl’s public relations firm and learned it was no longer working with Owl. [Full Story]

Our Review of Owl Car Cam

The Owl Dash Cam calls itself “The first security camera for your car”, which differentiates this dash cam from other traditional dash cameras by connecting to the internet using 4G.

The new Owl Car Camera is similar to other high-end dash cameras: it has high-quality video for when you’re in the car and a parking mode for when you’re not. In fact, the Owl Car Cam touts a live view of your car streamed to your phone for 24/7 access. All of the footage is saved in the camera using built in 64GB of memory and is easily accessible through the user’s smartphone, which allows them to edit and share videos. If anything is amiss and the camera senses activity, it will send a notification to your phone, giving you the ultimate security experience. It also has built-in Internet but gives its users access to an app as an alternative. 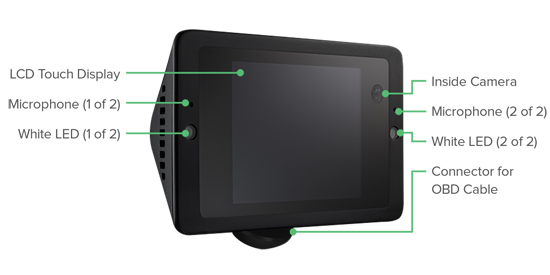 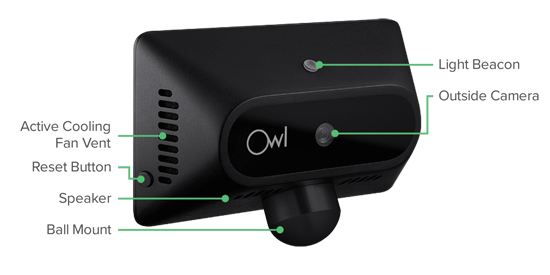 Another feature is triggered when the user says “Okay, Presto”. This signals the camera to save a short clip and send it to the connected phone so the user doesn’t have to root through 24 hours of footage to find it. This makes for easy video sharing, which is a feature the Owl website showcases on its homepage. There is a competition where users can send in videos of crazy things that happen during a drive. Owl chooses one winner each day and they get a $1000 prize, which more than covers the cost of the camera. One important thing to note is that the WiFi connection with a user’s smartphone is only supported with iOS 11 or higher. Android phones are not supported but there is a waiting list on the website to imply a future update. 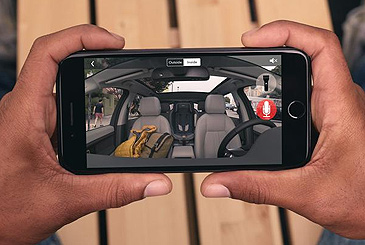 The specs for this camera are decent. It only records at 30 fps and a maximum of 1440p. The Live View records at 480p. This seems low at first glance but the Owl is pretty much the only dash camera on the market today that can provide any sort of live, 24/7 visual footage of your car. The camera itself is similar in size to most other cameras on the market. The official price on the Owl website is $349. The battery is recharged by the car and claims to protect itself in high temperatures. Some of the more nitpicky features the camera lacks is low-light HDR and GPS watermarking. Some cameras at higher and lower price points have these but the Owl chose to sacrifice a few features to optimize the new innovations, although those could be updated with future firmware changes.

As with most dash cameras, the pros and cons of the Owl Car Cam depend on the user. The importance of certain features are different for everyone. Some of the definite pros are the small conspicuous design and easy setup. Another is the built-in LTE (through an AT&T connection plan) connection so that you don’t have to search for a hotspot every time you want to watch the livestream. This service comes at a cost though. Users who buy the camera at launch get ten free months of LTE service. Users who buy the camera after the launch get a $50 discount on the camera but have to pay $10 a month for LTE services.

This leads to one of the biggest drawbacks to this camera: cost. There are some great new features to this camera that haven’t been previously explored, save for smart home devices like the Nest. These features make the Owl Car Cam camera one of the most expensive on the market. After the first year of use including the additional fees for the LTE services, the user will have paid around $350 if they purchased it at launch and $400 if they purchase it after launch. If the new experimental features are not as important as cost to you, you might want to save your money and get a camera that has better audio and visual quality for cheaper. There are plenty of dash cameras that do better technically than the Owl Car Cam for less money. If you don’t have an iPhone or you aren’t updated to the latest iOS software, a lot of the camera’s value simply isn’t there.

Fortunately, one of the best things about the current dash camera market is its wide variety. Those who are on a tight budget can still find some options that can give them security and peace of mind. Others with a bit more money to spend appreciate high quality video and audio or new features that augment the experience. While some users prefer to easily install a camera and then forget about it later, others want a more complete camera, and that’s where the Owl Car Cam comes in. While other high-end cameras have parking guards that can detect movement around your car, the Owl is one of the only ones out there that gives full video coverage all the time. Those interested in this feature will find that the Owl Car Camera is an amazingly innovative device that’s probably worth the price tag.

Connecting to your car 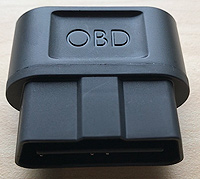 The Owl Car Cam connects directly to your cars On-board diagnostics (OBD) port, which is usually used to pull error codes and do diagnostics on your car. An OBD port is usually only found on cars newer than 1995, and found under the steering wheel area of your vehicle. The Owl Cam comes with an OBD Power Adapter to plug directly into this port.

This is different than nearly all dash cams on the market today, which plug into the cars cigarette lighter adapter or are hardwired into the cars fuse box. 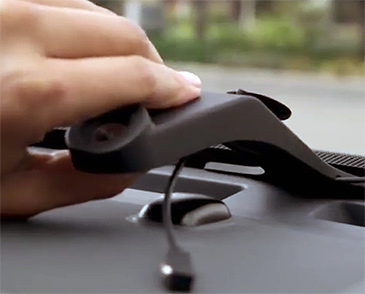 The Owl cam uses a somewhat unique way of mounting the camera in the car on the lower part of the windshield with a large plastic mounting bracket and suction cup. While most dash cams are typically mounted up and behind the rearview mirror, the small tube or wedge shaped cams tend to blend in with your mirror and are less visible from the outside, which helps prevent car break-ins and theft. Owl claims it will replace any stolen cameras, within terms of their warranty.

By having the Owl Cam mounted at the bottom of your windshield it might not capture as much of the road ahead of you as it would if it were mounted at the top of the windshield. The low angle of the interior camera also makes it hard to see passengers in the back of the car, an important feature many Uber, Lyft and Taxi drivers want from a dual lens dash cam.

Their choice to have the Owl Cam mounted so low might have to do with wanting it near eye level of the driver, a feature normally not important for dash cams, as they are something you would want to install and forget about. This leads us to believe that Owl plans on rolling out future features for their 4G connected device that would provide visually data to the driver and will be more than just a camera to capture video.

Some people might have issues with a 4G connected device capturing audio and video inside and out of their car, yet millions of Americans own smart speakers, which are capable of capturing audio 24/7 in their homes, or home video/audio surveillance system like Nest so this might not be a pressing concern for most people

What people are saying about Owl Cam on social media

reddit user crossonscout posted why they are not going to be using the Owl Car Cam:

I’ve decided to return the Owl cam…Here’s a short list why: 1) The 1440p quality isn’t great, especially at night…2) App is poor, and LTE connection is neat but it uses up credits when you want to send yourself videos unless you connect while sitting in your car via local wifi. …3) Location – being in the middle of the dash is way more distracting than I thought it’d be…4) Rear facing cam – I thought it’d be enough to capture what goes on behind me as some of the marketing videos did. It does not…5) LTE coverage is spotty in my area
I like the concept and the ease of install was super smooth. But it falls short in a lot of ways Read Full Comment

No way would I buy into a platform that requires a subscription to a cloud service.

Its too big. Around here, someone would break into the car to steal the Owl. Read Full Comment 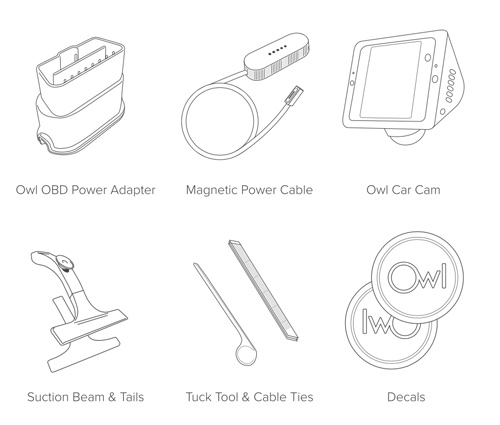