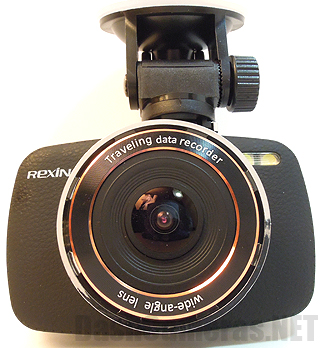 Visually, the V6 is a distinctive camera. Built with a faux leather-like body with metallic accents and a prominent protruding lens, the V6 has a kind of vintage-camera feel. This is a good looking dashcam, but some might be turned off by that, as they want something more discreet and less enticing to a potential thief. The rear controls and screen are well-integrated into the design, however the camera’s compact design does make it hard to use for individual with larger hands. The 2.7 inch rear screen is reasonably clear, however it does suffer from a somewhat limited viewing angle. The camera has a wide operating range when it comes to temperature, functioning in temperatures as low as 14 degrees and as high as 158, which should be more than enough for a car parked on a sunny day, and it can be stored in environments as cold as -40, which is great for winter drivers and people without garages.

Like most cameras in its price bracket, the V6 shoots 1080p 30fps high definition footage, and can also be configured to shoot in 720p for more memory card space. The camera supports up to 64gb microSD memory cards, and can be set to loop based on either time or memory card capacity. By default, footage is segmented into three-minute chunks, which can make playback troublesome for some users, however you can set the loop up to 10 minute segments or turn off loop recording all together.

It should be noted that the camera does not include built-in GPS. It does have a port to connect the camera to a GPS unit on the top of the camera, however the extra cord clutter can be an inconvenience. With a GPS unit attached, the camera services as a great accident-tracking tool, using its integrated g-force sensor to flag clips where hard braking and swerving occurs, attaching time, date, location, and license plate information for insurance purposes.

In daylight conditions, the V6 produces absolutely beautiful video and exceeds the video quality of budget dashcams like the G1W. Thanks to the oversized lens, the camera manages to maintain a surprisingly wide depth-of-field in daylight conditions. License plates are clear, colors are accurate, and the footage is enjoyable to watch. At night, the camera does produce some noise. Given the price, it’s quality in this regard is notable, however it produces a notable color-shift towards blue tones in the process. 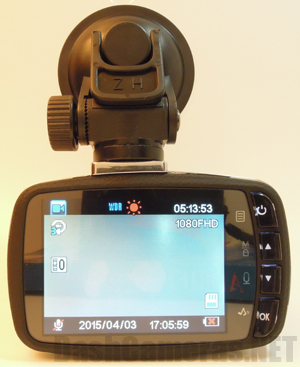 In terms of menus and controls, the V6 is a pleasant break from most other cameras in its price range. Supported with a surprisingly thorough manual, the camera is quick and easy to use (as long as you have small hands!) and the menus are quite intuitive. It has a one button audio ON/OFF switch that comes in handy if you want to quickly turn on or off audio recording while driving. The camera does suffer from the occasional freezing issue, and in one circumstance it required a full reboot during testing. The camera’s internal battery is larger than most in its class, but the battery is not meant to be a standalone power source as it should only be used for saving files right after your car is shutoff.

While most dash cam owners don’t seek out quality interior microphones (they are, all considered, few and far between), the V6 stands out in this regard. The documentation concerning the microphone is sparse, outside of enabling or disabling it, but the V6 produces amazingly crisp sound with minimal mount vibration. This feature is great for anyone who drives with passengers, and it adds additional piece of mind in case of robbery or car-jacking.

All considered, the V6 is a great camera for the price. With its distinctive design, great video quality, and surprisingly good audio, the V6 is a great choice for anyone looking to add another layer of security to their vehicle. While the camera is prone to the occasional glitch and the cords can be somewhat cluttering, the overall package is a great deal. 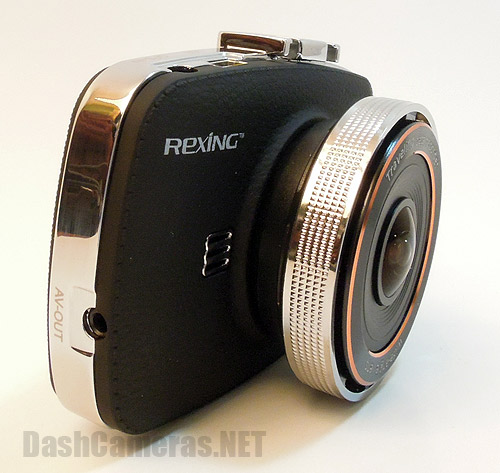 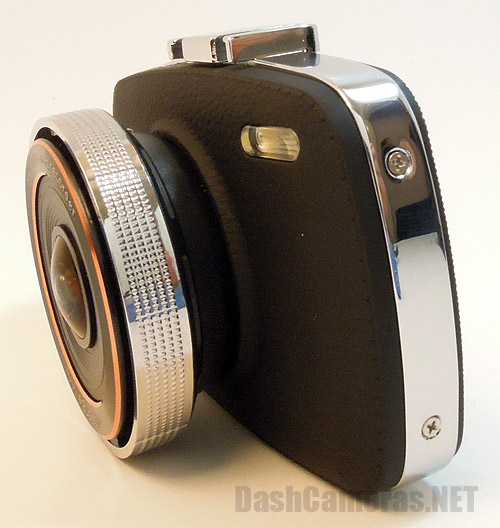 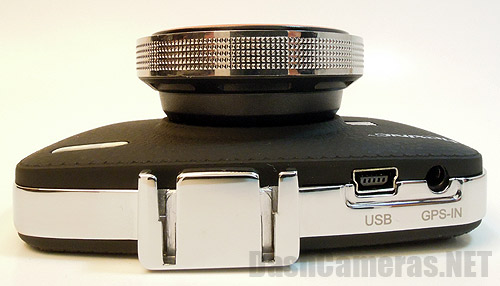 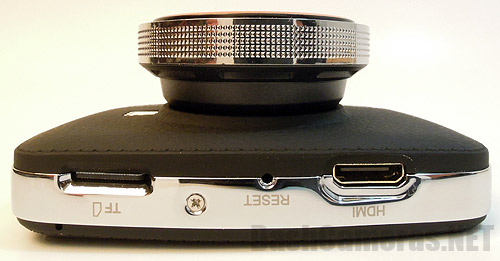 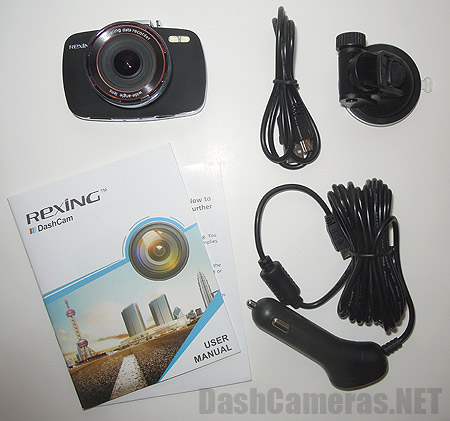 Video clip from a cloudy day

Footage taken at dusk, with low light just before sunset