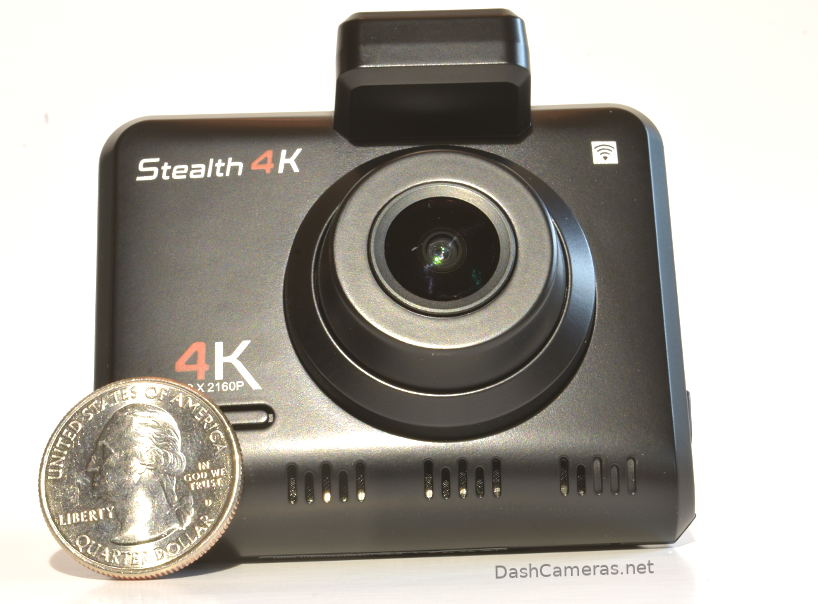 The “PRO” model is the upgraded version of the ROVE Stealth 4K Dash Cam. It shares nearly all the same features as the previous model, including the same physical body and mount, but has had a complete software upgrade.

If you are looking for a real 4K dash cam for your car, there are only a few companies selling “real 4K” recording car cameras. The ROVE Stealth 4K PRO uses the OmniVision OS08A10 image sensor, which is an 8 megapixel sensor, allowing it to record real 4K resolution of 3840 x 2160 pixels. 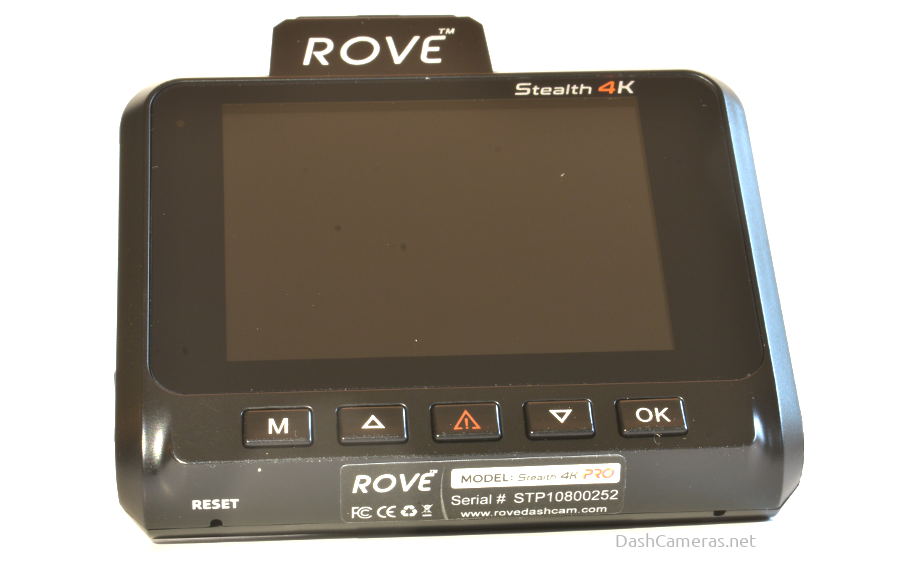 The ROVE Stealth 4K PRO is one of a handful of dash cameras currently sold that offer real 4K video recording. While other dash cams claim to record 4K video, they record a lower resolution and upscale it after to make the file seem like 4K video. You need an 8MP image sensor in order to record 3840 x 2160 resolution video, which is “4K”. The Stealth 4K PRO uses the OmniVision OS08A10, which is an 8MP image sensor.

If you wanted to store more video files on a smaller memory card, you can downsize the video resolution to 2K, 1080p or even 720p.

To store video on the ROVE dash cam, you will need a microSD card. As with all dash cams, you will want to get a “Class 10” rated memory card, which is pretty standard these days.

Because the Stealth 4K uses “loop recording”, you don’t need a huge memory card. The camera will record small 1 minute video files (you have the option to increase this all the way up to 20 minute files). When the memory card gets full, it automatically starts to record over the oldest video files. Since most people only want their dash cam footage in the case of an accident, you really only need a minute or two of actual video footage. A smaller 8GB microSD card would be big enough.
If you want to have a bigger archive of video or take a lot of picture snapshots, the Stealth 4K PRO supports a large 512GB card.

There are two main parking mode features with the Stealth 4K Pro that can provide 24/7 surveillance on your car when it is parked and you are away.

Powering the dash cam while using the parking mode features

If you plan on using the motion detection feature, you will need to provide and always on power source, either a hard wire kit, or an external battery pack.

A nice feature on the Stealth 4K PRO is that it comes with GPS and Wifi built into the dash cam unit, so you won’t have to buy any extra modules for these additional options. 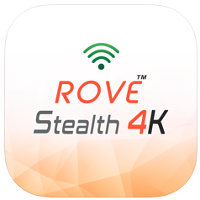 The app is called the “ROVE STEALTH 4K” (which works on the original and PRO model dash cams).

App compatible with the following smartphones

Using the built-in WiFi on the dash cam and the ROVE STEALTH 4K app, you can remotely connect your smartphone to the ROVE dash cam.

This will allow you to download videos rights on to your phone to share online or with police or an insurance company. You can also start and stop video recording remotely on your phone, as well as make dash cam setting changes.

The newer “PRO” ROVE dash cam has all the same features as the previous Stealth 4K model, including the same mount and dash camera housing body. The new PRO model has new software that has been improved from the ground up. 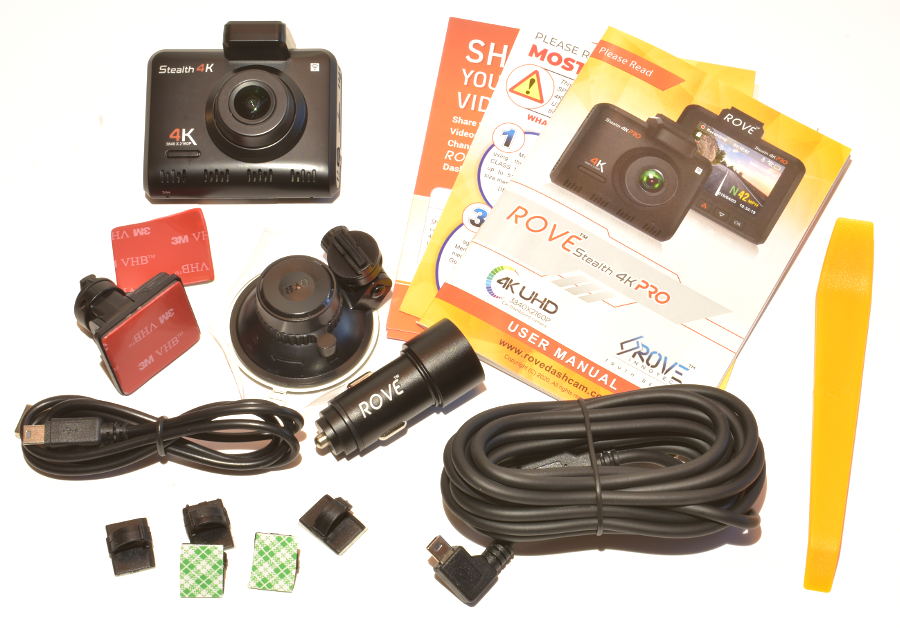 What’s in the box:

PROS and CONS of the Stealth 4K PRO 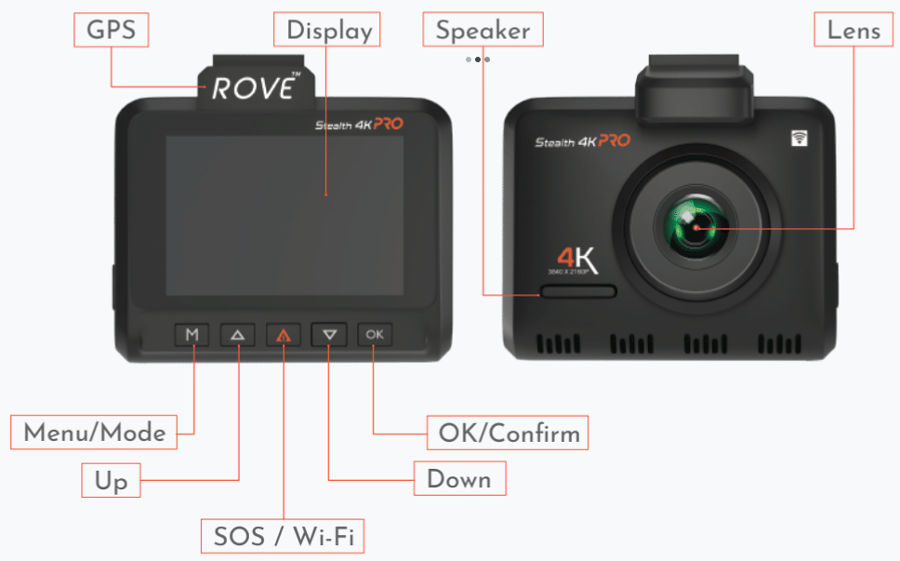 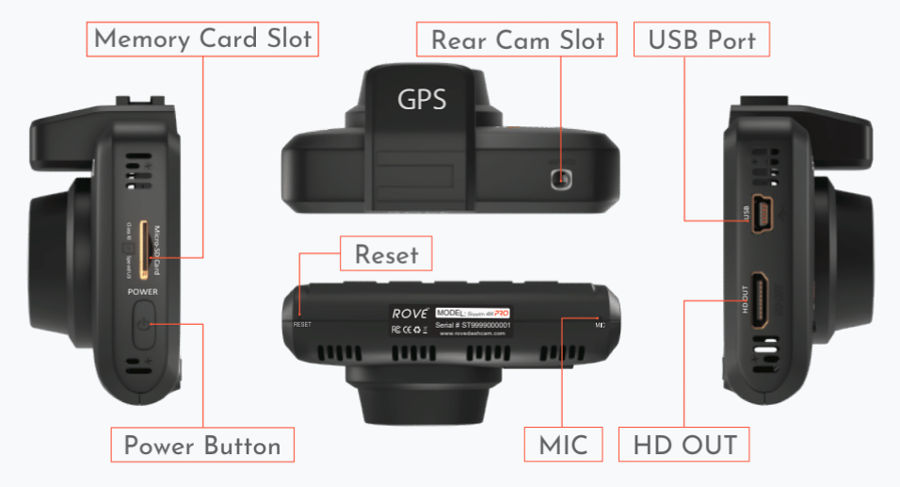