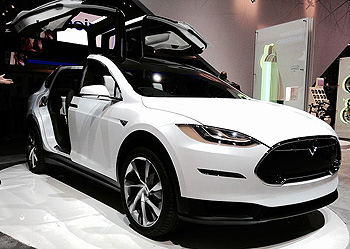 The dash cam video take places on a highway in the Netherlands and is filmed on a DR650S-2CH Blackvue dashcam (read our Blackvue review here).

This video has a time stamp of 12/27/2017 and was posted the same day as the time stamp. Just recently, Tesla has released a new update to their autopilot feature called “radar processing”. One of the key features of radar processing is for it to have the ability to see or recognize 2 cars ahead, rather than just the car directly in front of you.

“While there are dozens of small refinements with Version 8 of our software, described in addendum below, the most significant upgrade to Autopilot will be the use of more advanced signal processing to create a picture of the world using the onboard radar.” Source

In the video we can see the Tesla Model X traveling down the highway in the left lane, passing cars on the right. Ahead is a red SUV and everything seems to be going fine. 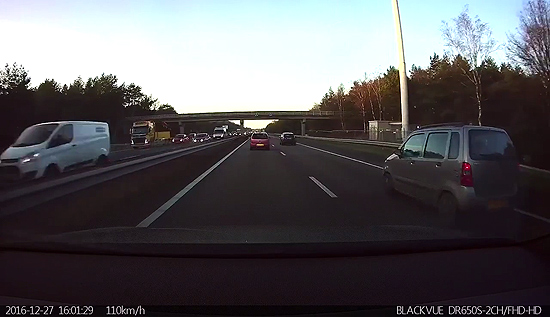 For what appears to be no reason, the Tesla Forward Collision Warning beep starts to go off, yet there doesn’t seem to be any cars stopping or any trouble ahead. Then, right after the beeping, the red SUV quickly darts right, trying to avoid the slowed cars ahead. 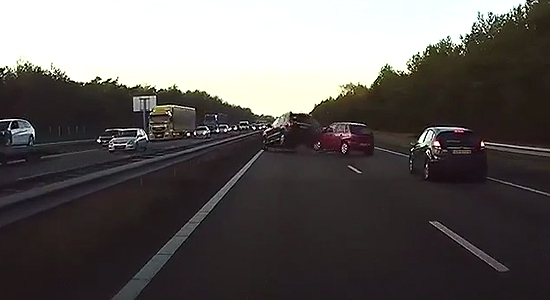 Within an instant, the red SUV rear ends the black SUV, causing it to roll down the highway. Right after this collision the Tesla car comes to a safe stop, avoiding a collision with the other cars involved in the accident. After the cars in the accident come to a stop, passing motorist get out to help, including the driver of the Tesla. 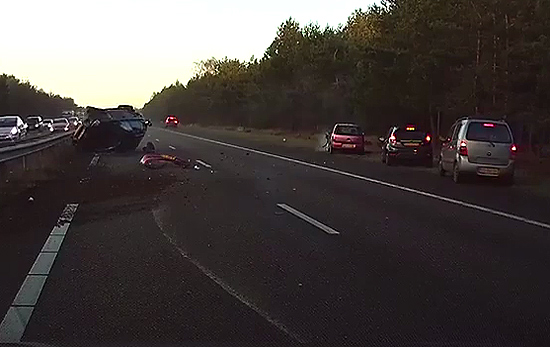 The most impressive thing about this video is that it appears to show the Tesla autopilot radar detecting a sudden stop, 3 cars ahead, well before the Tesla driver or the car directly in front of him could see.

If you liked this video, consider getting a dash camera for your car. You never know when you might want to capture something like this in your own car, even if it’s not a Tesla. Check out our list of The Best Dash Cams