The THINKWARE U1000 Dual Channel Dash Cam features 4K Ultra HD at 30FPS with the front camera or 2K Quad HD at 60FPS with the rear camera using a 156-degree viewing angle and front with a 150 degree lens view. This is especially helpful when trying to read license plates from a distance.

It has a new Sony STARVIS Image sensor for an improved Night Vision mode, which reduces noise and enhances image quality in low-light conditions. The camera itself is also small and stealthy, which helps you blend in on the road. While the technical specs seem impressive, the new features are really what make this camera stand out.

While most cameras have some sort of a parking mode, the U1000 takes it to the next level with an energy saving mode. The camera goes into a sleep mode until the car detects impact. Once it records 20 seconds of footage, the camera shuts off again to save power, letting the camera last longer when the car is parked. While this is a good option to save power, you run the risk of not capturing the full moment because the camera only starts recording after the initial impact.

With the optional radar mode that’s sold separately, the camera is able to detect movement up to ten seconds before an event and it will record the twenty seconds after the initial radar sensor triggers movement. This way the camera records the whole event instead of just after the initial impact, giving you more coverage and added security. If the radar senses an impact and it turns out to be a false alarm, the camera does not save the video, leaving you with more SD card space. 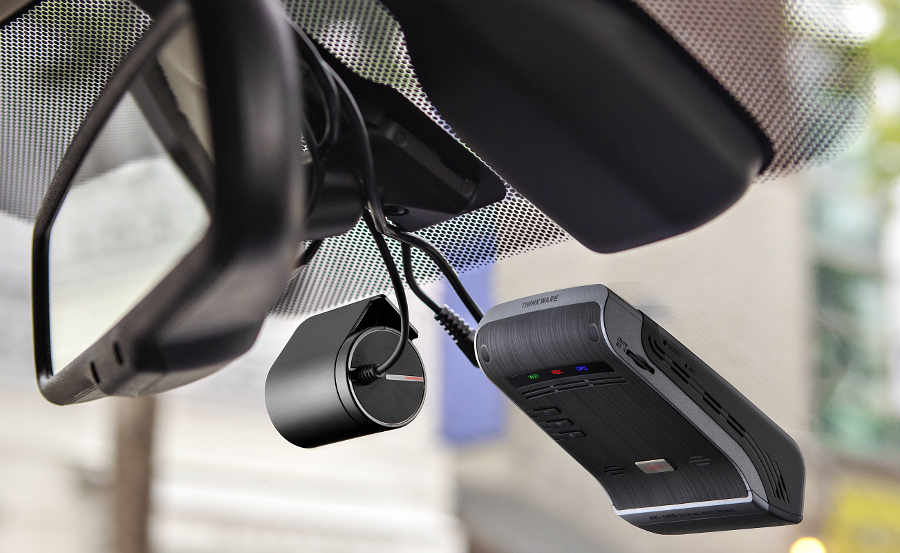 There is also a Time Lapse Mode if you want a continuous recording of your vehicle without taking up a lot of space. As opposed to energy saving mode that only records your vehicle if an impact occurs, Time Lapse Mode records continuously at only 2 FPS, which lets you have a complete recording without having to constantly delete space on your SD card. This mode can run for up to 48 hours, while the energy saving mode can be used continuously for up to 20 days. Parking mode also has battery protection settings like a built-in voltage meter that will automatically turn off the camera once the voltage threshold is reached. That way the camera won’t completely drain your vehicle’s battery if it’s in parking mode for a while.

Thinkware has also released an app called Thinkware Cloud, which lets you check your vehicles’ location and receive notifications directly on your compatible iOS or Android smartphone. This app works on almost every other Thinkware model as well. From this app, you can view and play recorded videos, download the latest firmware to the device, configure the dash camera settings, manage wifi settings and hotspot connections, and use the Live View feature. While many dash cameras have a smartphone app, very few of them have so many features as Thinkware’s new app.

One of the new features is a Strong Impact Notification system. Once the car is hit with a g-force level greater than 3g, the camera sends a push notification to the user’s smartphone. The camera also saves the 10 seconds before and after the impact and saves it on the cloud server to make it easy to view and download at a later time. This is a great feature because it can alert the owner of the car or other family about any accidents so they can check on it remotely so the driver isn’t left alone.

This feature is enabled through the built-in GPS antenna, which shows the viewer the vehicle’s location, speed, and direction of travel on the app on a Google Maps display. If the user has the Hardwire Cable installed and the camera is connected to a mobile hotspot, then they can get a Strong Impact Notification while the vehicle is parked as well. It works in the same way as the regular notification: once an impact is detected, it saves the 20 second file in the cloud and sends the user a notification. This means you don’t have to constantly check your car for potential footage. You can also use the app’s Live View to remotely monitor the vehicle on your mobile device for up to 5 hours a month.

The GPS built-in antenna adds an additional feature called Geo Fencing, which is good for parents of new drivers or owners of vehicle fleets. Geo Fencing lets the owner of the vehicle set a geographic radius as small as 100m to as big as 600km. If the driver goes past this geographic radius, the GPS antenna will send a push notification to the Thinkware Cloud app. The owner can set up to 20 Geo Fences at one time.

If your vehicle isn’t very new, it might not have an automated driver assistance feature that could help you prevent accidents on the road. Fortunately, the Thinkware U1000 has its own version called the Advanced Driver Assistance System, which features several components. The Forward Collision Warning System warns the driver of any potential hazards in front of them, whether it be cars, people, or other objects. The Front Vehicle Departure Warning lets the driver know if the car in front of them is starting to move, which is good for driving in stop and go traffic on the highway. The Lane Departure Warning System goes off if the vehicle is veering off their lane, which might be good for some people who drive a lot late at night. The camera also alerts the driver of any potential red light cameras or speed cameras using the camera’s GPS antenna. Not only can this camera save you money if a collision occurs by providing footage of a potential accident, it can also save you money on speeding and red light tickets.

After going over all the new features of this camera, it is important to note some of its potential drawbacks. The U1000 only supports SD cards up to 128 GB, or about 4 hours if you’re recording in 4K UHD video at 30fps. Parking mode and Time Lapse mode will obviously be able to record for longer, but those who drive often or simply want more footage on their camera will have to record at a lower quality. The front camera also does not have a screen and is not meant to be used as an interior camera. You can use the rear camera as an interior camera by facing it the other way to look inside the car, but this camera still might not be a good option for rideshare drivers or people who want to change the camera’s settings on the camera itself rather than on the smartphone app. For most people however, this is not a big deal.

Overall, the wealth of new features make this camera valuable to a lot of people, but some believe that the camera quality doesn’t make it worth the high price. While the wide field of view is helpful, this takes away some of the sharpness of the footage, so the readability of license plates drops some. It really depends on what you’re looking for in a dash camera, but the new features of the U1000 definitely make it stand out.

The U1000 and the DR900S from BlackVue are the 2 top of the line 4K dash cameras currently for sale. Both have a similar sale price for their dual front and back car camera setup. BlackVue’s DR900S has a tubular shape, while the U1000 is a wedge shaped design, both all black in color. Each dash cam offers a good level of stealth to its appearance. The DR900S has a wider lens angle of 162°, while the U1000 only has a 150° viewing angle. The U1000 supports up to a 128GB microSD card and the DR900S can take a 256GB microSD card. The U1000 has a better rear camera, which records at 2K and the DR900S only has a 1080p rear cam. Many would consider THINKWARES U1000 parking mode to be better with its optional RADAR module, while BlackVues CLOUD service and APP seems to be more sophisticated. 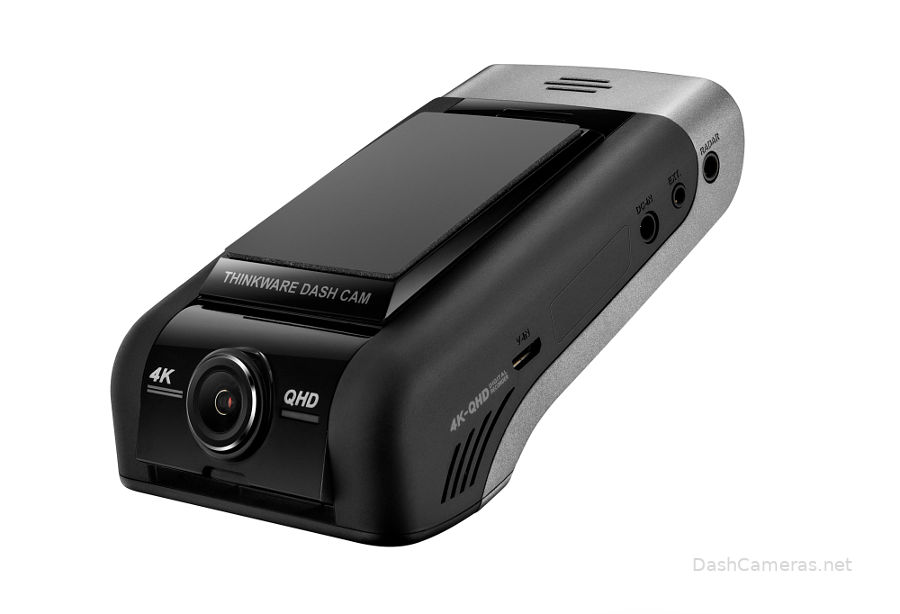 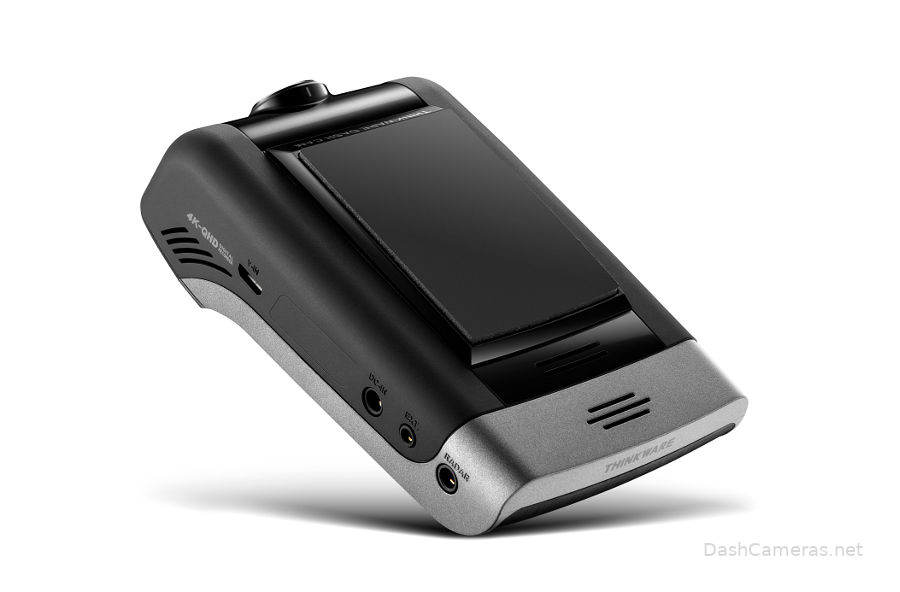 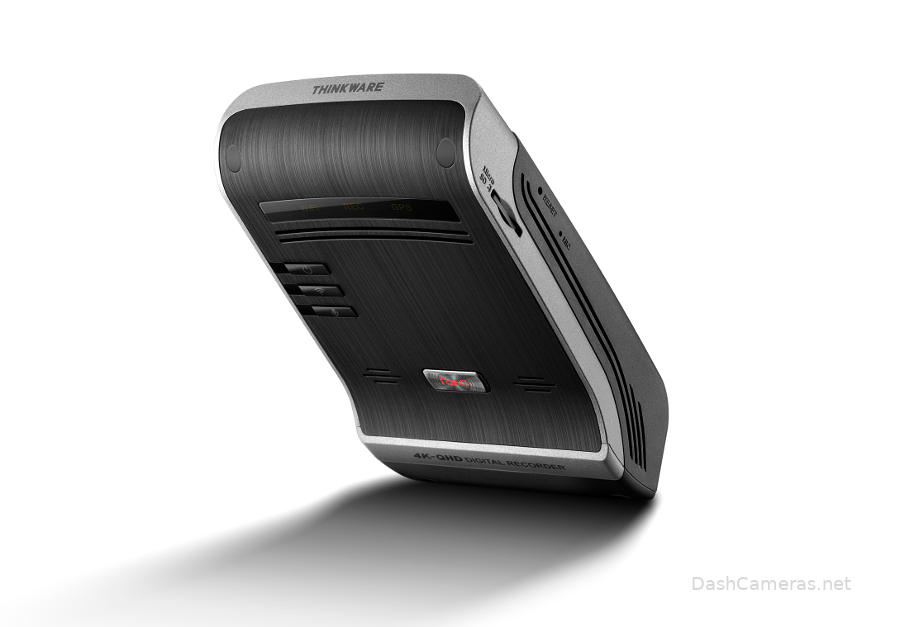 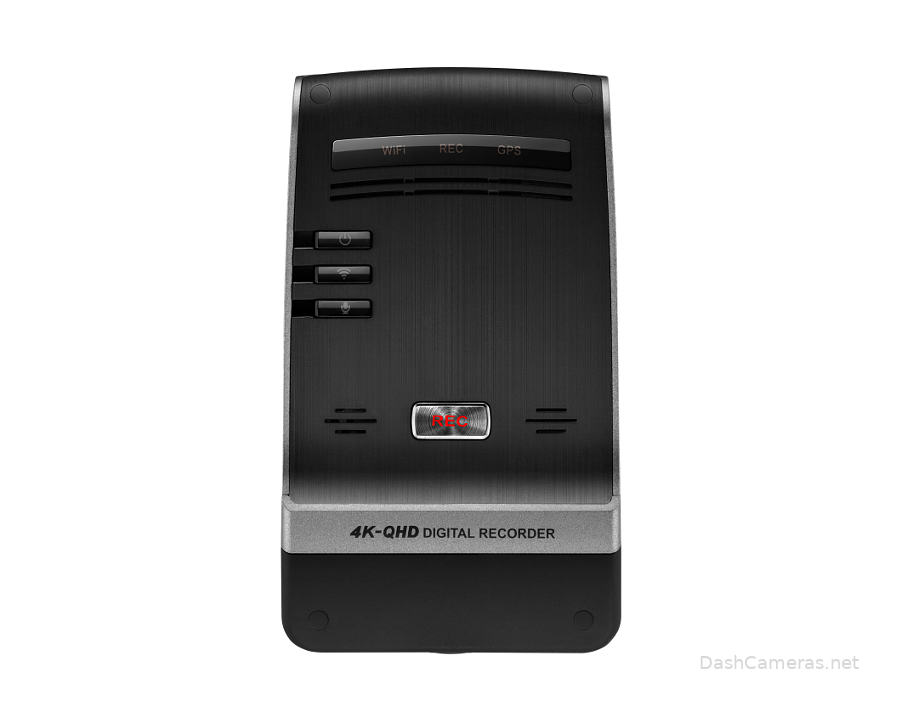 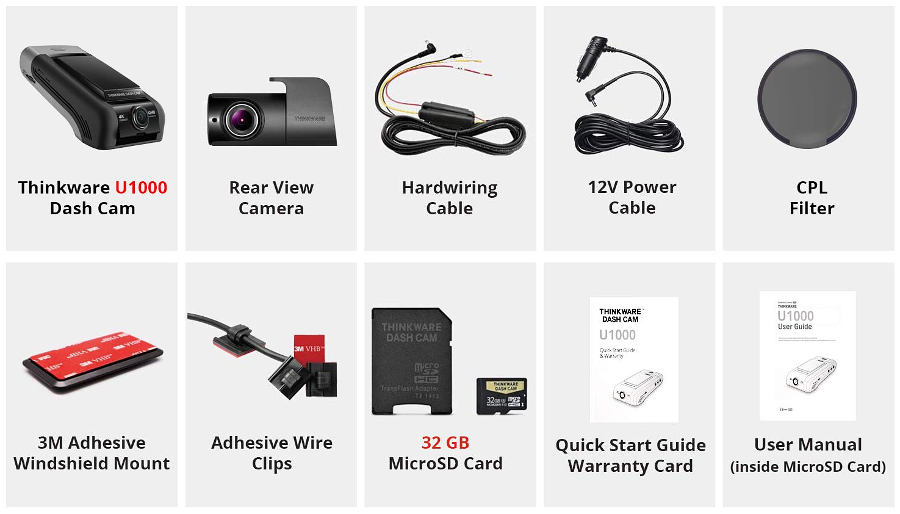