The Vantrue N2 Pro is one of the few “taxi dash cams” on the market today that offers full HD video on both front and interior facing cameras, not just the road facing camera. The front camera has a OV4689 sensor and can record at 2560x1440P at 30fps or 1920x1080P at 60fps when used alone. The interior camera has a Sony Exmor IMX323 sensor and simultaneously captures the road and the inside cabin in 1920x1080P at 30fps. Both cameras have a wide angle lens but the inside cabin has a 140° angle while the front camera has a 170° angle. The rear cabin camera is also able to rotate 80° to capture moments outside the car or on the edge of the usual recording field. Both cameras also record audio and there’s a button on the camera to turn audio recording on and off. Just like most other dash cameras on the market, it has an auto recording feature, loop recording, a G sensor, and a time lapse feature. The camera claims to work in temperatures from -4° to 158°F (-20° to 70°C).

There’s an optional GPS mount you can purchase to track your route, location, and speed of the vehicle, but it’s not necessary. If you have an external battery pack or hardwire system, you can also place the camera on a 24 hour parking mode if you’re leaving it for a long time and want to have the dash cam monitor your car while you’re away. Vantrue also offers an 18 month warranty and claims to have exceptional customer service with a quick response.

The main part of this camera that stands out from the competition is the Infrared Night Vision provided on the interior camera pointed at passengers. While many other cameras claim to have night vision, the Vantrue N2 Pro can provide footage with almost no lighting. This feature is only available with the interior camera but this makes sense, considering that most of time the outside will have decent lighting conditions to see the road. Light inside the cabin impedes the driver, so it’s nice to have a camera that can record and provide decent footage without distraction. This feature makes the Vantrue N2 Pro a great choice for rideshare drivers for companies like Uber or Lyft as well as taxi drivers. Something else that is unique about this camera is that it provides full HD in both cameras. A lot of dual dash cameras that provide an interior camera will only record at 720p. This camera provides great visual quality on both cameras.

There also seem to be some improvements from the N1 and the N2. While most cameras have a 12 month warranty, Vantrue is confident enough to ensure an 18 month warranty. Many report that issues are addressed very quickly and almost everyone is satisfied with their service. The N2 Pro is also a bit smaller than the standard L2, maybe going back to the L1 design a bit. It still has an LCD screen to view the footage you’re recording, but it’s a bit smaller than the N2’s screen. This makes for a more compact camera that is less conspicuous, which is probably a good thing if you’re letting strangers into your car on a regular basis. The camera startup and menu speed has been improved significantly. The camera is quicker to start up and easier to navigate than with previous models. The GPS mount is also a new and desperately needed addition. This relatively new feature adds legitimacy to claims you might have to make in a legal setting and is a worthwhile investment for any camera. Vantrue is always improving its products whenever it comes out with a new camera and has established itself as a worthy competitor and trustworthy seller for the consumer. 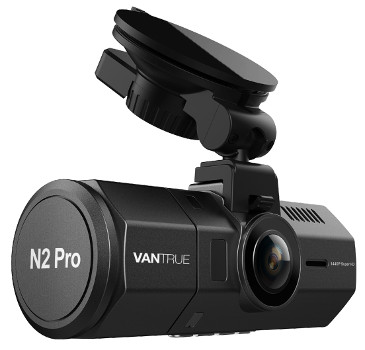 Early on some buyers had a problem with the mounts when the N2 Pro was first sold, saying they they would come loose fairly frequently. While this resulted in some negative reviews, Vantrue reached out to the customers affected by this and offered them a free and improved replacement. While the issue with the mounts could be seen as a major issue, the company stepped up and instead made this issue a major win for them. Still, this camera is missing a few key things that would help it a lot in the current market. This camera has no WiFi connection or companion app. This means that it also doesn’t have a cloud service. While this might be fine for a cheaper camera, at $200 a consumer should be able to expect to have a WiFi connection, especially considering that there are cheaper cameras with those features. They are incredibly handy as a storage system and in sharing videos to different devices. This might be a future feature in Vantrue cameras and I hope it’s added soon for their sake.

Overall, this camera is a great buy. Although it is missing some convenient features, at its core it has some of the greatest visual quality out there. The infrared night vision is a great addition to the camera and makes it an awesome piece of equipment for rideshare and nighttime drivers alike. At a price of $200, it’s not cheap, but it’s certainly not as expensive as other cameras on the market. The added customer support and warranty is the icing on the cake. If you’re looking for a camera that records the road and the cabin, then this camera is definitely for you, but if you’re looking for a single camera than you might find better quality at the same price point elsewhere with more features. There are definitely improvements to be made, but the Vantrue N2 Pro is still a great camera with great support at a fair price. 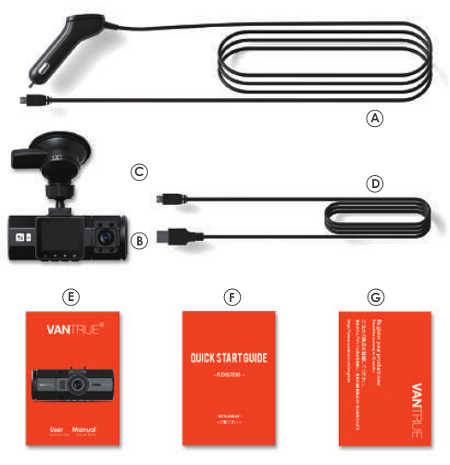