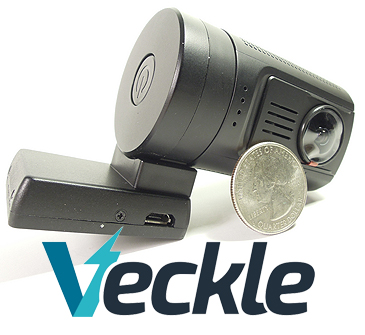 The Veckle Dual Dash Cam is a mid range dash camera that can provide a premium camera experience. Like most at a similar price point, this camera records in 1080p HD video, 60fps with the front camera and 30fps with both cameras. The front camera has a 130-degree angle and the back camera has a 145-degree angle. Both are fully capable of covering three lanes of road traffic.

The camera is priced at under $150 on Amazon and the package contains both the front and rear camera, a 19-foot extension cable (longer than other brands) for the rear camera, mounting wedges that are 2 degrees and 4 degrees (these are used to mount your dash cam on a curved windshield), screws, a charger (plugged into a car’s cigarette lighter), a micro USB cable for connecting it to your computer, cable clips, VHB sticker pads and removal cord, and a lens cleaning cloth. A class 10+ up to 128G max micro SD card is recommended by Veckle.

Just like other dash cameras, the footage loops every 3 minutes and automatically locks a video where a collision may have occurred to make it easy to find and protecting it from being recorded over. A particular feature that is found less often is the parking guard. When the camera senses that the car is in the process of parking and records in a lower frame rate to save camera storage. Once motion is detected again the camera records with the full frame rate. The camera uses the Sony Exmor sensor, which is especially helpful in the dark due to its excellent night vision capabilities. This sensor is found in numerous other high-quality dash cameras, all of which are as highly rated as the Veckle. Night vision is one of the main issues with cheaper dash cameras, but I found that this camera can capture a license plate number in the dark, which is something you may worry about when driving around at night. The CPL filter also adds a bit of a bonus because it eliminates the reflection from glass or water and retains its natural color. 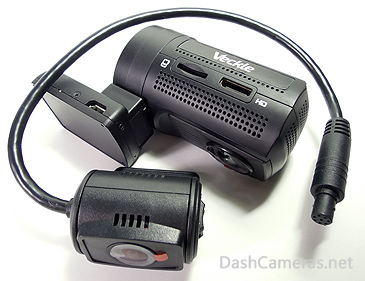 Now that you know what this camera has to offer, let’s talk about performance. Gone are the days of poor video quality and even worse audio quality, straining your eyes to focus on the gray blobs the camera films. This time the footage doesn’t look like it’s recorded on an older cell phone, you can actually see lots of detail, even in the dark. Another thing that this dash camera does well is its field of view. This may seem like a minuscule thing, but it can seriously affect what the camera captures and the quality it is captured in. Some cameras only give 100 degrees of view or even less, which is truly too small to capture all of what’s around you. This idea would probably tempt you to get as wide of a field as possible, but as you start getting to the 160-degree mark the view gets distorted and the video takes more processing power to film. I like the Veckle’s choice of a 130 and 145-degree angle because it allows you to get a good view of your surroundings without losing clarity.

Although the Veckle camera does many things well, it lacks some of the special features higher quality dash cameras have.
The Mini 0906 does not come with GPS capabilities, but you can get the optional GPS modular addon to get GPS on this system. While this is not a necessary feature for a decent dash camera, it would have been a nice thing to have included without having to buy it as an optional accessory. You can, however, include the time and date in your videos in lieu of tracking them via GPS. There is also no smartphone app to use for uploading and editing footage. 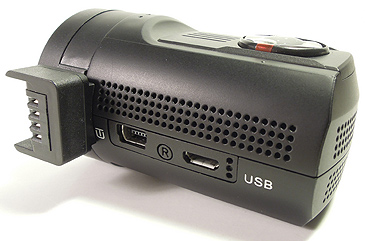 You simply upload the footage on the MicroSD card to a computer and then have the ability to upload it to a cloud-based storage device of your choosing. I personally do not pay much attention to smartphone apps that come with the camera because you sometimes need to pay extra for them and I have my own video editing software on my computer. I do know that some people really like having the ability to edit and upload footage via their smartphone though so I included this in the review. If you were in an accident or needed to pull video, you probably wouldn’t need to edit the video anyways, you could just provide the relevant video files of the incident.

Overall, I really like what the Veckle Dual Dash Camera is going for. It focuses on a high-quality experience for the few features it has instead of providing a mediocre experience with an abundance of features. To me, a good dash camera must have good video quality with acceptable night vision, a decent lens angle, and an overall constant performance. The Veckle Dual Dash Camera has provided me with all of these things. It does not have a fancy app (you can view camera details on the LCD screen), but for a decently-priced camera, I believe that it excels in the basics, and that is very important. 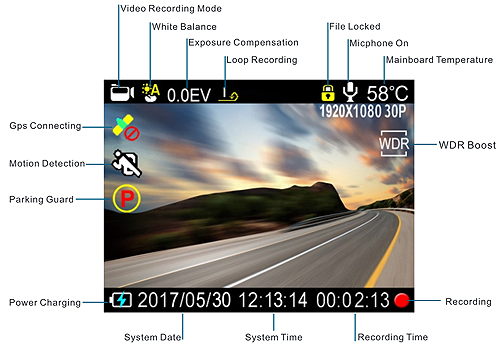 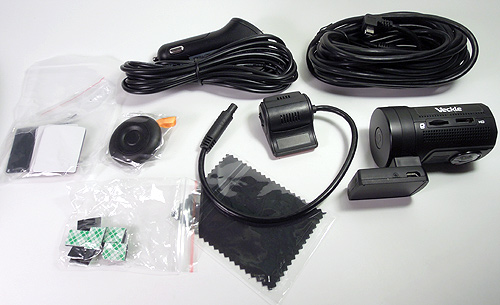 Check out our list of the Best Dual Dash Cams