The VIOFO A129 is a dual channel, dual dash camera unlike the previous VIOFO A119 and A119 Pro.

UPDATE: New 4K Version: VIOFO has come out with the A129 Duo Pro 4K Dash Cam

Instead of buying two cameras for the front and rear of your car, the VIOFO A129 Duo allows you to buy one camera that out performs, has better features, and is less expensive than buying two separate A119 cameras, which was common for those who wanted a quality dual dash cam setup from a reputable brand. A129 VS A119, this camera also has Sony Starvis image sensors, which is a step up from sensors used in previous models to provide a clearer image. Both front and rear cameras on the A129 setup provide 1080p HD video. If you’re only using the front camera then it can record at 60 fps but both cameras simultaneously record at 30 fps. It also has an F1.6 Aperture 7 Element glass lens in both cameras to prevent image distortion by glare and provide a sharper image. It has a 2-inch LCD display to see live video playback and has a 140 degree viewing angle to prevent a fisheye view while still providing a wide view of the road. There is also a speed, GPS, and time display that can be automatically stamped onto the footage but that is removable in the settings. The parking mode is similar but improved with the A129. Currently, the camera enters parking mode after three minutes without motion detection. Once it detects motion, it records the scene and goes into standby. At release it was the same as the A119 but VIOFO is currently working on supporting ACC detection and improving this feature in the A129 package. In order to support ACC detection there will be a new hardwire kit released at some point. 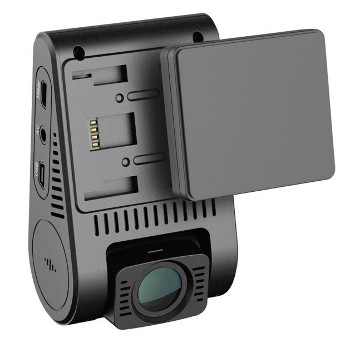 The CPL filter and the bluetooth remote (allows you to take photos with the press of a button) are optional with the A129 Duo and are sold separately from the camera. Those who already have the VIOFO A119 can use the CPL filter (helps prevent sun glare) from that for the A129 but there might be some slight vignetting on the footage. This means that the color towards the center of the image might be brighter and more saturated than the color towards the periphery of the image. Some report a greater vignetting effect than others but many agree that the slight distortion is better than having no image filter at all, so this is a viable option for previous VIOFO customers. The CPL filter and the bluetooth remote are not available specifically for the A129 yet. The current CPL filter and parking mode hardwire kit that works for the A119 work for the A129 at the moment but once they are released it might be wise to upgrade your accessories. They also have not released a standalone GPS mount or a non-GPS mount specifically for the A129. The GPS mount is supposed to have a new contact mechanism to connect it to the camera. It seems like they’re trying to increase the sturdiness of the connection, as some have reported that it can shake lose going over large bumps in the road. The camera mount has also increased the amount of slots that the camera mounts into and has moved them to the side. This makes the mount feel more secure and makes it move a lot less when buttons are pressed. Shipping seems to be slower when ordering from the VIOFO website rather than using a reseller like Spytec through Amazon, which usually send the camera from a warehouse in the USA, rather than China. 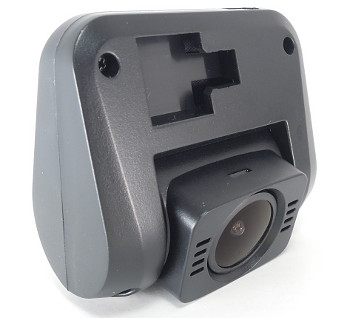 The look of the camera is pretty similar to the A119 but the button and connection locations are a bit different. The visuals are slightly improved from the A119 especially at night. The images appear smoother with the A129. There is a little more detail from the A119 but the smoothness is a definite plus especially for nighttime recording. The daytime recording can get a bitrate as high as 30 Mbps for one camera and the audio is significantly better than previous versions. The app allows the user to view live video, change the camera settings, replay recorded videos, and download videos to your mobile device. It also provides http for web browsers to replay and download videos and an rtsp stream so that you can leave your car parked on the street and view the live video from your home on any device that can display an rtsp stream.

So what’s the verdict? This camera definitely holds up. VIOFO is a trusted brand that’s always trying to improve with things like better image sensors and improved features in their cameras. They might not have the most features, but the camera will likely have a solid video and audio quality. In other words, it excels at the basics. One of its main competitors for dual dash cameras is the BlackVue brand. While it is a big competitor that sometimes outperforms VIOFO, their cameras are often at least twice the price as the VIOFO series cameras. The VIOFO cameras hold up in video and audio quality, new features, new updates from the developer, and price. For the average dash camera user, the A129 is a great dual dash camera that provides a lot of value for the money.

Photos of the A129 Duo Dash Cam 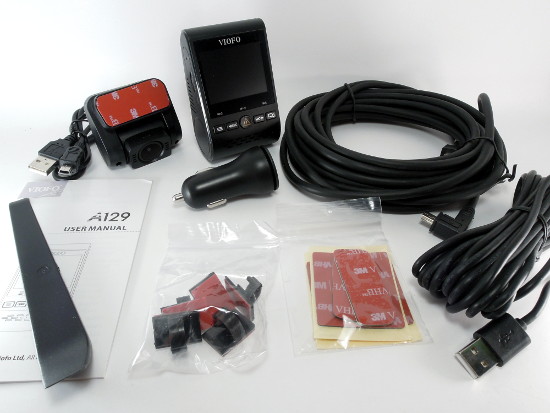 Night video footage sample of the A129 Duo rear cam