The YI Mini Dash Camera is an extremely cheap alternative to other dash cameras on the market. While extremely small in size, it includes a 2-inch LCD screen for the user to observe the footage the camera is recording. The camera itself sells for less than $50 on Amazon, but has almost all the features of other more expensive cameras. One of the most notable is built-in WiFi to connect to a smartphone app to view, edit, and share video footage.

Just like most other cameras, the Yi Mini Dash Cam records at 1080p and 30fps. It also has a built-in 3 axis adjustable G-sensor that automatically activates emergency recording in the event of a collision. It protects the entire footage, including the moments leading up to the accident. Finally, the 140° Wide-Angle Lens can cover around 2 to 3 lanes of traffic in front of you. The Yi Mini is one of their smallest dash cams yet.. Other Yi cameras also attempt to feature a lot of technology in their small cameras. The manufacturer has a one year warranty on the YI Mini but does not provide an SD card, which is understandable for the price. It supports up to a 32GB SD card which records 1-3 days of footage depending on how much the user drives, and the camera will loop record, recording over the oldest video files.

This camera performs pretty well for the price. Setup is fairly easy compared to other dash cameras. Some choose to purchase a hardwire kit to have it directly wired into their cars fuse box, but it’s not necessary for most. Daytime vision is excellent and could compete with a camera three times its cost. Nighttime vision is decent but it’s difficult to make out license plates and many other things besides road signs. The audio is also decent but not the best quality. Some users prefer to turn the audio off in general but if audio is a big concern to you it might be worth looking into a higher quality camera. 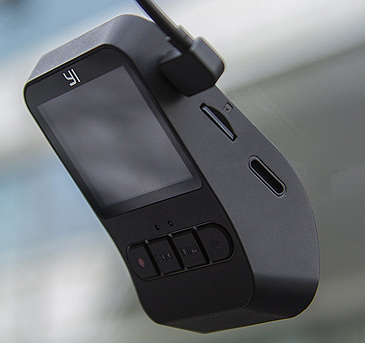 Another common complaint is the cheap mount. It’s non-movable once placed unless it’s scraped off. This makes for a sturdy mount but a suction cup mount would probably work better for this camera, especially due to its small size. Another thing that could be improved is the WiFi quality. The fact that the camera even has a WiFi connection is surprising for its price but it sometimes has trouble connecting and is a bit slow for transferring videos. As of now, moving the SD card from the camera to a computer is much faster than transmitting the videos via WiFi. This is a picky critique considering the $45 price tag but the WiFi is something to be improved on in later models.

It’s clear that the manufacturer was focusing on size and a cheap price so some quality was sacrificed, but overall the camera performs well for the price and will satisfy the needs of most users. Performance aside, the quality is surprisingly good for such a cheap camera. Many dash cameras on the market today feel shoddy and of poor craftsmanship. While the Yi Mini is not at the same level as a camera that’s worth hundreds of dollars, it looks a bit more professionally made than other dash cameras at this price point. The camera feels like it was tested with actual humans in mind, which is a change of pace from some other clunky cheap cameras. The longevity of this camera remains to be seen but it gives a strong initial impression.

There are two main types of dash cameras on the market today. Some have a lot of new features, are on the expensive side, and are made for user interaction. 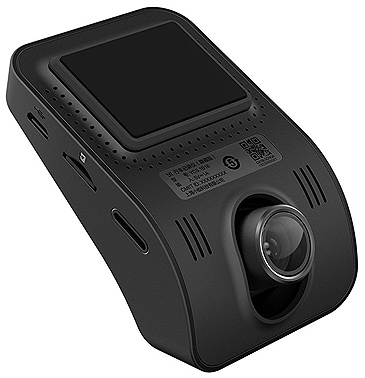 The Yi mini dash camera is a different type. These are made for the average person, not the dash camera enthusiast. Once purchased, a user can play with it a little, but they also have the option to set it up and forget about it. The technology is good enough to fit the intended purpose but is not the best out there. The camera is cheap enough for the average person to justify picking it up. The setup is easy and the interface is friendly enough for people who are not the best with technology but still want a dash camera for peace of mind. Ten years ago, dash cameras were just around for enthusiasts, but now they are starting to break out of that small market and appeal to the average person.

Yi’s focus is on a cost-effective camera that doesn’t skimp out too much on technology. You won’t get the latest and greatest features, but for less than $50, there’s a lot the Yi Mini Camera brings to the table. The company also features a dual dash camera and a more expensive unit with 2.7K resolution and voice control, but the Yi Mini is a good middle option. It’s not the cheapest option but not the one with the most bells and whistles. 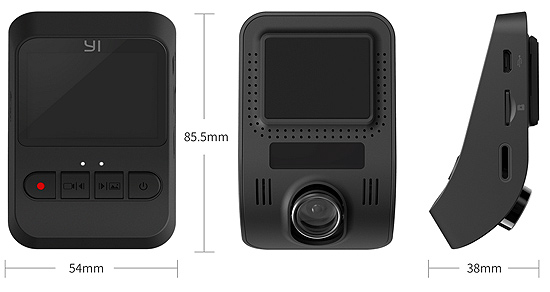 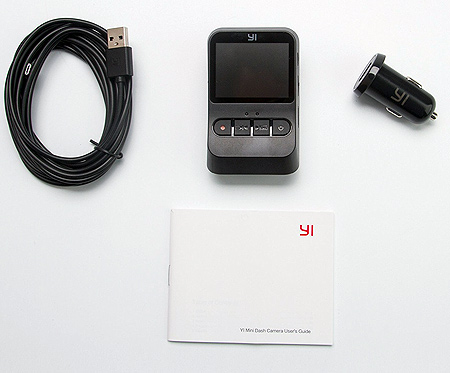