Failed Red Hydrogen Smartphone Shows up As Dash Cam in Fast and The Furious 9, or Fast 9…or just F9 at this point.

Seeing clips from the F9 trailer the RED Hydrogen One smartphone appears to be mounted as a dashboard camera or some kind of navigational GPS system. The phone is made by the iconic Red Digital Cinema company who is known for their high end compact movie cameras, which are also often used by Youtubers for amazing slow motion shots.

The RED Hygrogen One was different from other high end smartphones in that it offered a modular like design, with the ability to add extra modules to the phone. By connecting to a set of pins on the phone, it was a way for the user to add extra functionality to the phone, like an extended battery pack, more memory, a better image sensor and real camera lenses.

Product placement in such a huge movie franchise like Fast 9 would be very expensive for Red to get their Hydrogen phone mounted to the cars dashboard, which in many ways are just as big of celebrities as the actors themselves.

Year after year dash cameras continue to become more and more popular in the US and all around the world. Was Red banking on this, hoping to have a dash cam module for their Red phone?

Today there are many Android and iPhone apps to turn your phone into a dash cam, although people often have many issues with theirs phones over heating and having to mount and start recording every time they start to drive. With a dash cam, everything is set to start recording when you start your car and it will automatically record over your old video clips when the memory card gets full. 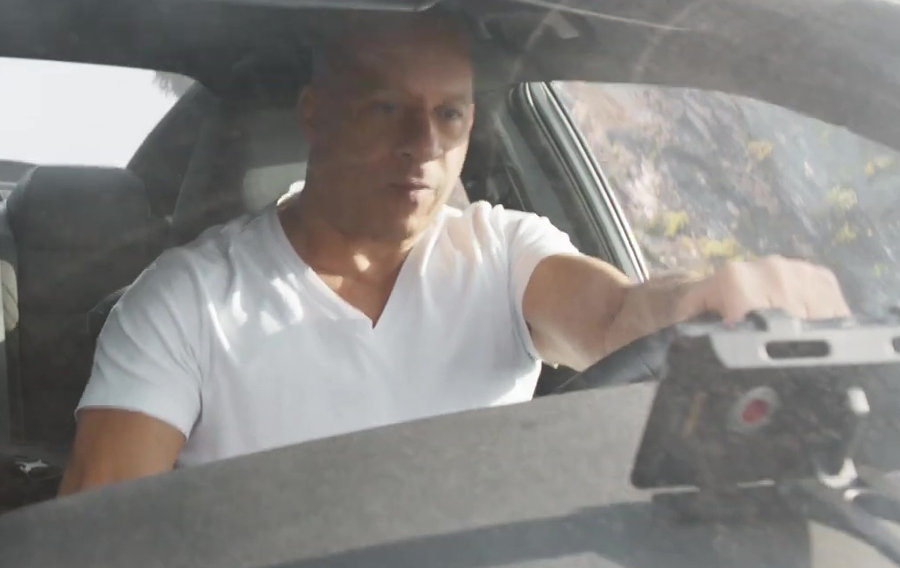 Watch the official F9 movie trailer that shows the RED Hydrogen One in a few different scenes of the trailer:

With more and more 4K dash cams coming out, it would have been tough for Red to compete with affordable stand alone dash cams that record high quality video.